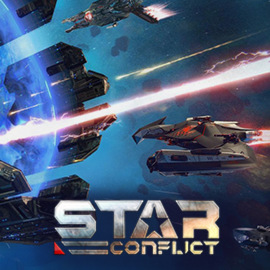 Star Conflict appeared on players' radars back in 2012, when it went into open beta testing. Gradually it has become quite a unique MMO for those lovers of space romance, who used to spend all day long exploring star systems in Elite and Freelancer. And like Rutger Hauer's character from Razor Blade Runner, they saw things other gamers couldn't even dream of: attacking ships blazing over Orion, C's rays penetrating the darkness near the Tannhäuser Gate... What makes this game interesting and why even now it is able to attract the attention of such incurable space romantics?

About the history of the world

Well, first of all, it should be noted that the authors perfectly worked out the world of Star Conflict - familiarity with its history of more than 4 thousand years (from 2062 to at least 4618) can be compared to reading a good sci-fi novel. Especially since there are quite a few official and fan stories on the Star Conflict universe. There are, of course, many standard things - humanity's colonization of other planets, the dramatic development of technology and expansion into other star systems, the division into different factions, conflicts between them and religious wars, encounters with the Precursors and aggressive aliens who are trying to conquer humanity..

But there are plenty of details and interesting facts like the appearance of the Signal of unknown origin, which jammed all electronics on Earth - that's where it all actually started. Then there were even religious groups who believed in the Signal. 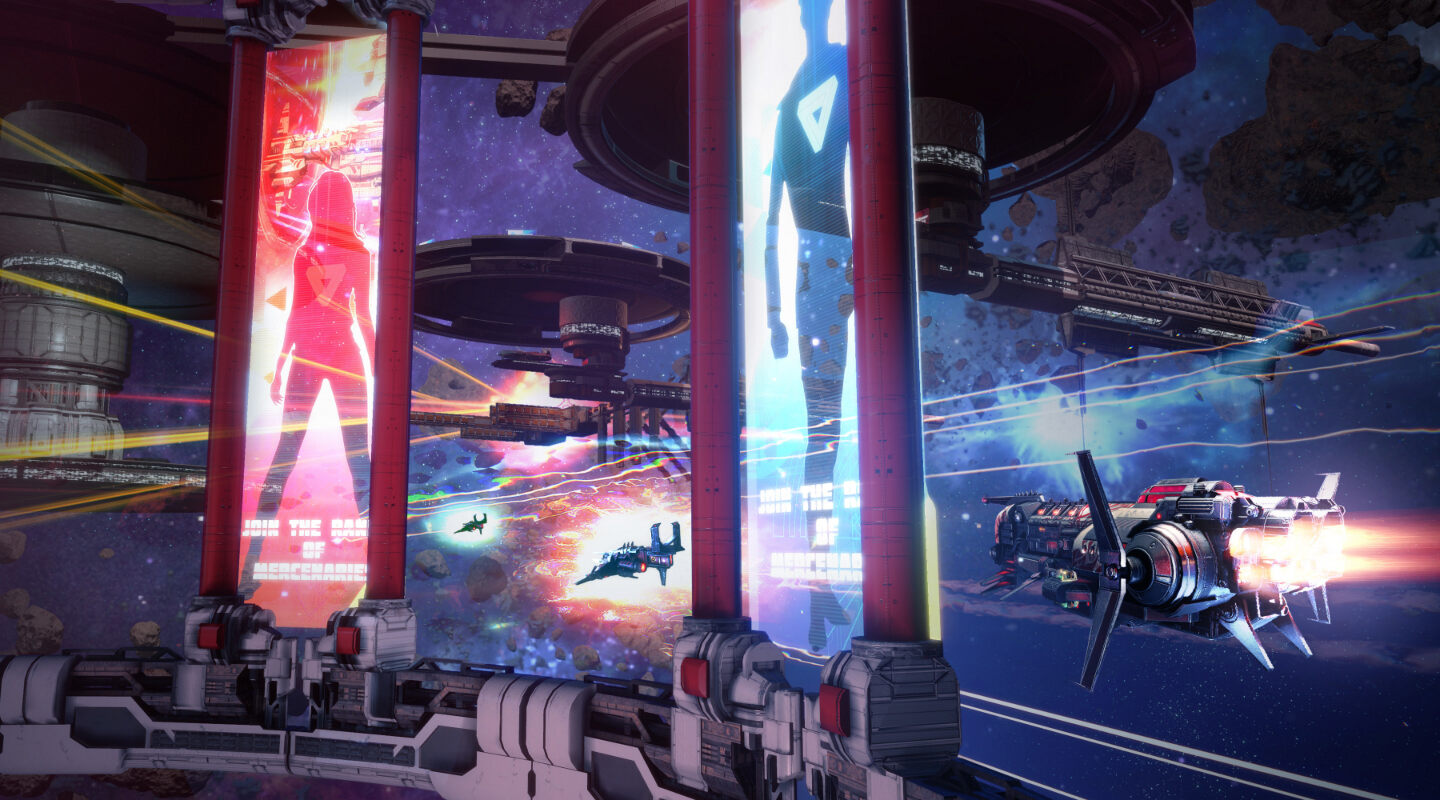 As you enter the game, three millennia after the first colonists left Earth, the galaxy is divided between stellar empires and independent factions. At the same time in Sector 1337 the ruins of the great alien civilization, the Precursors, are discovered - not a single living soul there, because everything was scorched by some pulsating anomaly. But it's full of the wreckage of unseen cities, stations, factories, and spaceships. And, naturally, the crowds rushed there in search of artifacts, despite all the dangers, Imperials and Unions, mercenaries and adventurers. Someone died, and someone came back and became immensely rich and famous. And now the galaxy is on the verge of a major war for the legacy of the Precursors. Therefore, the pilots of spaceships will not be out of work. One of them is what we start the game with. 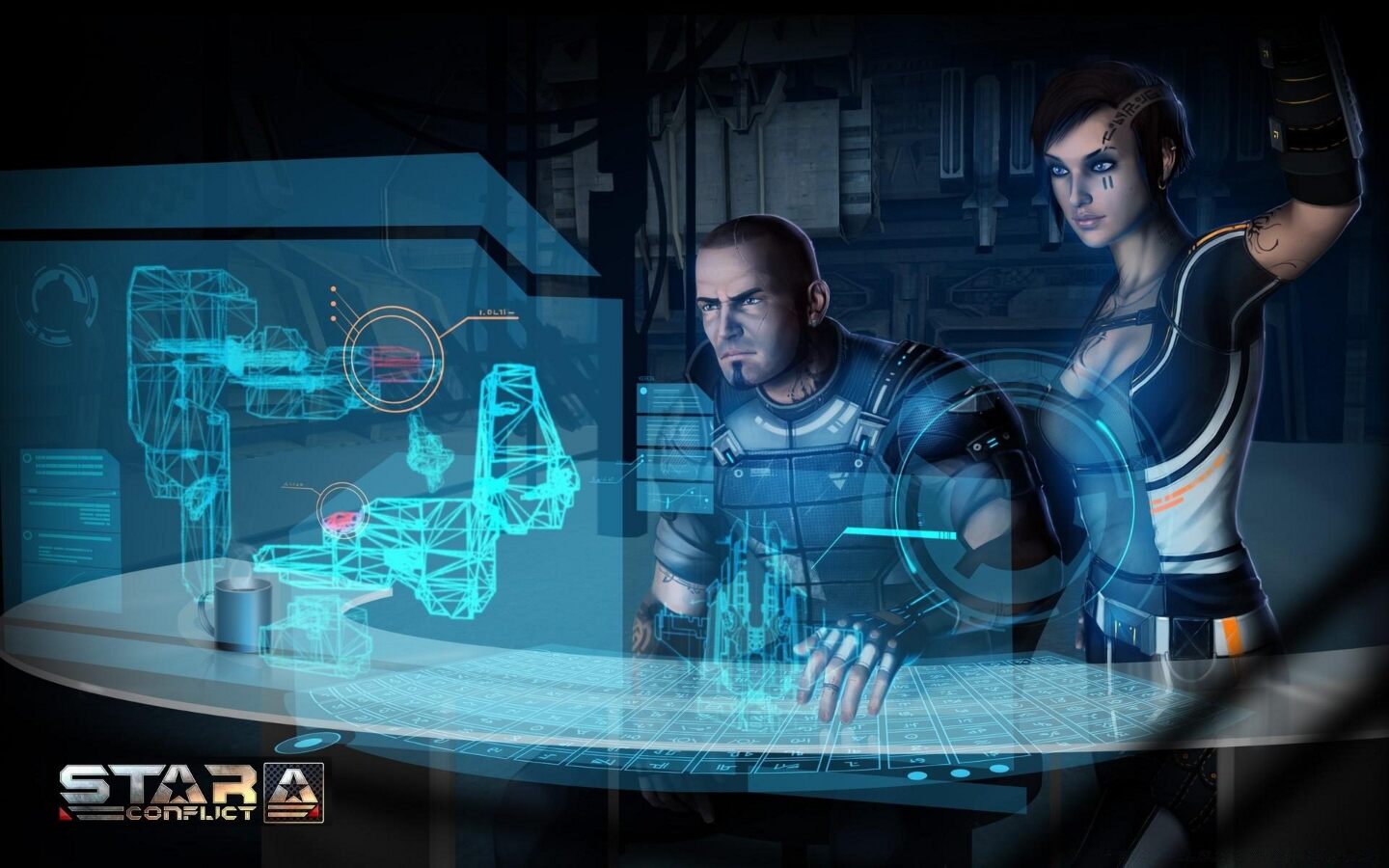 About Factions and Open Space

In Star Conflict you will find familiar, but therefore no less beloved by fans of the genre - missions and contracts, the search for valuable items, crafting modules and ships, the battle between the players, pirates and aliens.

You can fly ships belonging to different faction vehicles. At first only the Empire fleet is available, and after some time, when you reach a certain level, the others are also open. Among them are some rather entertaining ones, such as Jericho, the heirs of the "Frontier", the very Church that once believed in the Signal. And Ellidium offers ships based on Alien technology.

Each of the factions, in turn, is divided into many smaller factions with their own interests. And many of them are willing to offer you a job. 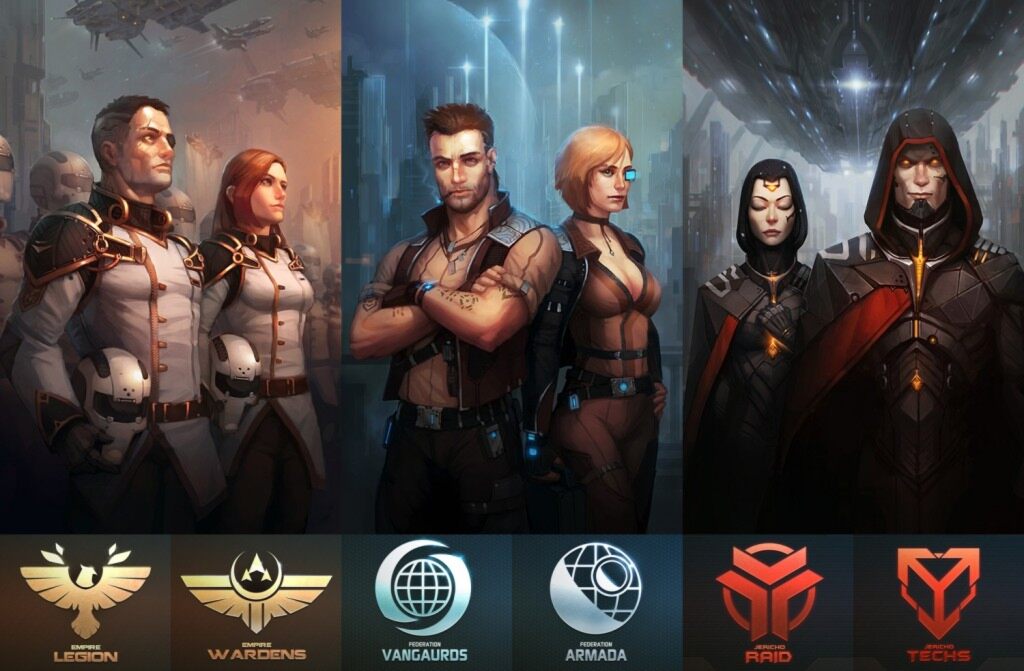 Note that no one interferes with the proud solitude of just exploring the open space, numbering as much as 70 locations. On these territories players are left to themselves, just like it was in the same Elite, Freelancer and other representatives of the genre of space freedom. That is, you can perform tasks and the same contracts, you can either rob merchant caravans or, conversely, to protect them. You can hunt for the heads of pirates and aliens. If you want, by the way, it is not forbidden to become a pirate yourself - however, it is a very risky business. Finally, there is the option to simply drill asteroid fields, extracting valuable minerals from them.

About the main game modes

However, it will be extremely difficult for a green novice to survive in open space, especially alone. So at first it's better to stay close to the space stations, where all aggression is suppressed by the fire of turrets, and to collect trophies scattered here and there. Plus, of course, seek out friends and perform manually collected PvE-missions, where your opponents - bots controlled by artificial intelligence. Missions are always divided by difficulty levels (called ranks here) and are opened gradually, so no one will set before you some absolutely impossible tasks. Although do not expect an easy walk (or rather, flight), especially if you went on a mission alone, and not in the company of 4 pilots. Clearly, the scripts for these PvE-tasks were not written in Hollywood, but they are all divided into several stages and involve a variety of tasks - here and the protection of the shipyard or an entire sector, and raiding alien stations and pirate bases, and fire support, and gathering resources... 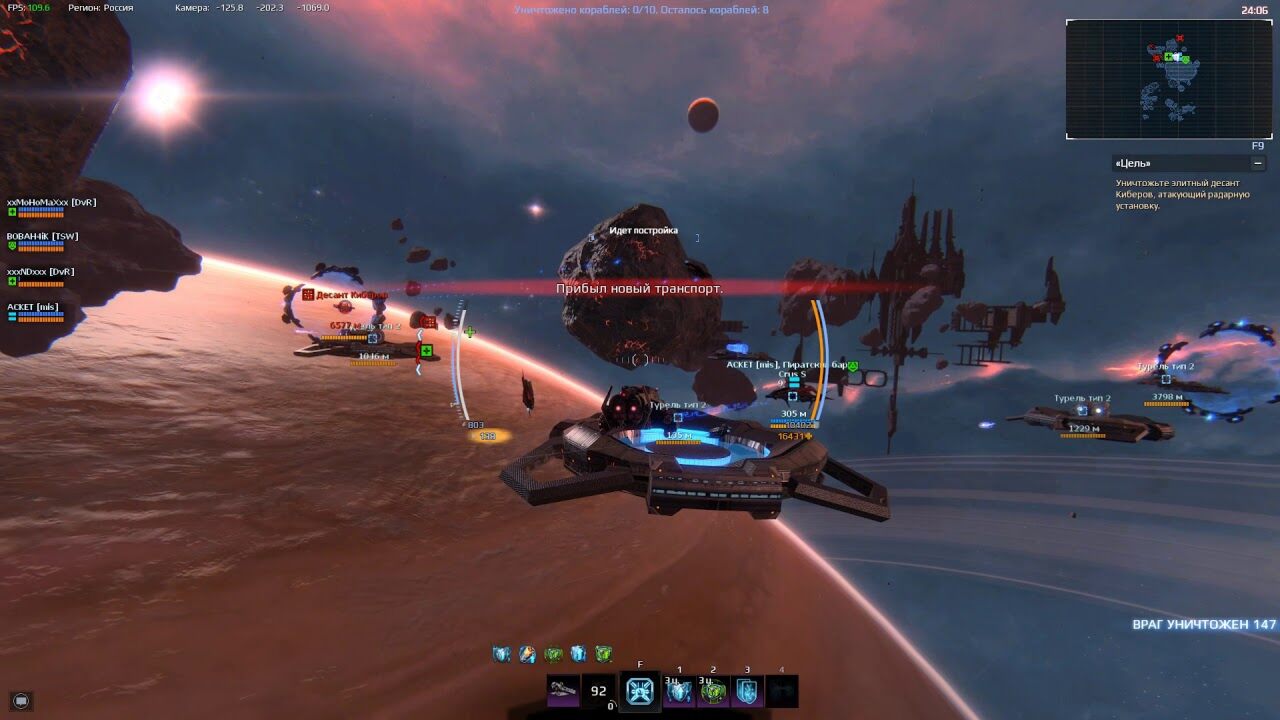 In place, of course, are the special events, the events that are mandatory for any MMO. We are talking about the fact that sometimes in the world of Star Conflict can happen, for example, a sudden alien invasion led by some huge cruiser or dreadnought. Then mercenaries are urgently called in to help. It is clear that such missions are especially dangerous and designed for groups of 10-12 ships, but the rewards are much steeper.

And when you reach level 4, you can try your hand in PvP, that is, engage in battles with other players. There are a lot of modes and features, mostly team-based. In the arena there are the classic wall-to-wall combat, and control points beacons or even a sector, and sneaking a special EM-bomb, and the "Last Hero". But there are also more unusual entertainments like spaceball (special sport ships are available) or even the possibility to act on the side of Aliens in "Beetle in the Anthill" mode. If you get tired of battles, you can compete with other players in starship races. 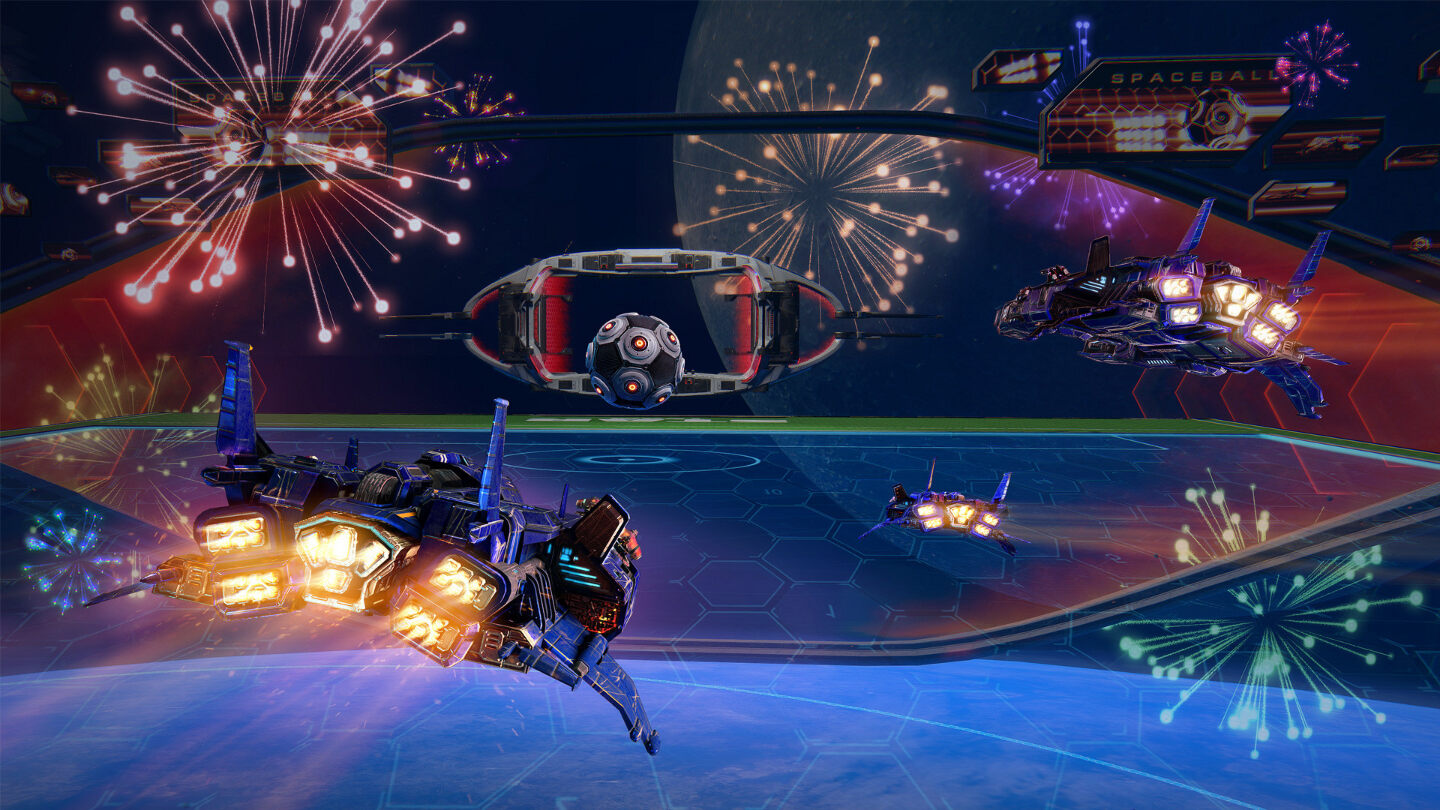 At the high ranks open large-scale "Battles for Sectors", in which only huge dreadnoughts participate - they are built by local corporations (the same guilds). Even a single player is free to join the fun, who will fight for a randomly selected side, but it is better to join the selected "firm" to control territories and receive daily for this various bonuses. The higher your level, the higher ranks within the company you are assigned and the more lucrative sectors you can fight as part of the corporation. It is only important to react in time to the appearance of alien base ships. This is a signal that enemy expansion is about to begin here. If you and your comrades do not repel the aliens and they take over the area, it will not be available for Sector Battles anymore. This means that corporations will be deprived of their resources. Finally, tournaments are held every weekend in Star Conflict under the "Capture the Beacons" rules, where you can get good rewards

About the pumping and the ships

It is clear that the key to survival in open space and in all available modes is a powerful ship. We start, as usual, on a small, flimsy ship, and eventually the goal is to build a unique cruiser in the workshop for the accumulated monocrystals at the highest levels and ranks, sharpened accordingly to your own style of play. In addition, over time we will be able to build ourselves a whole flotilla.

All ships in Star Conflict are divided into 4 main classes - interceptors, assault ships, frigates and destroyers. A separate item, as we have said, are the dreadnoughts, assembled through the joint efforts of the corporations. But that's just the tip of the iceberg. In fact, ships of different classes can perform a dozen roles on the battlefield. In other words, you're free to customize each starship for specific tasks: stealth reconnaissance, bounty hunting, allied support, sabotage, suppression, cover, repair, long-range combat, and so on. 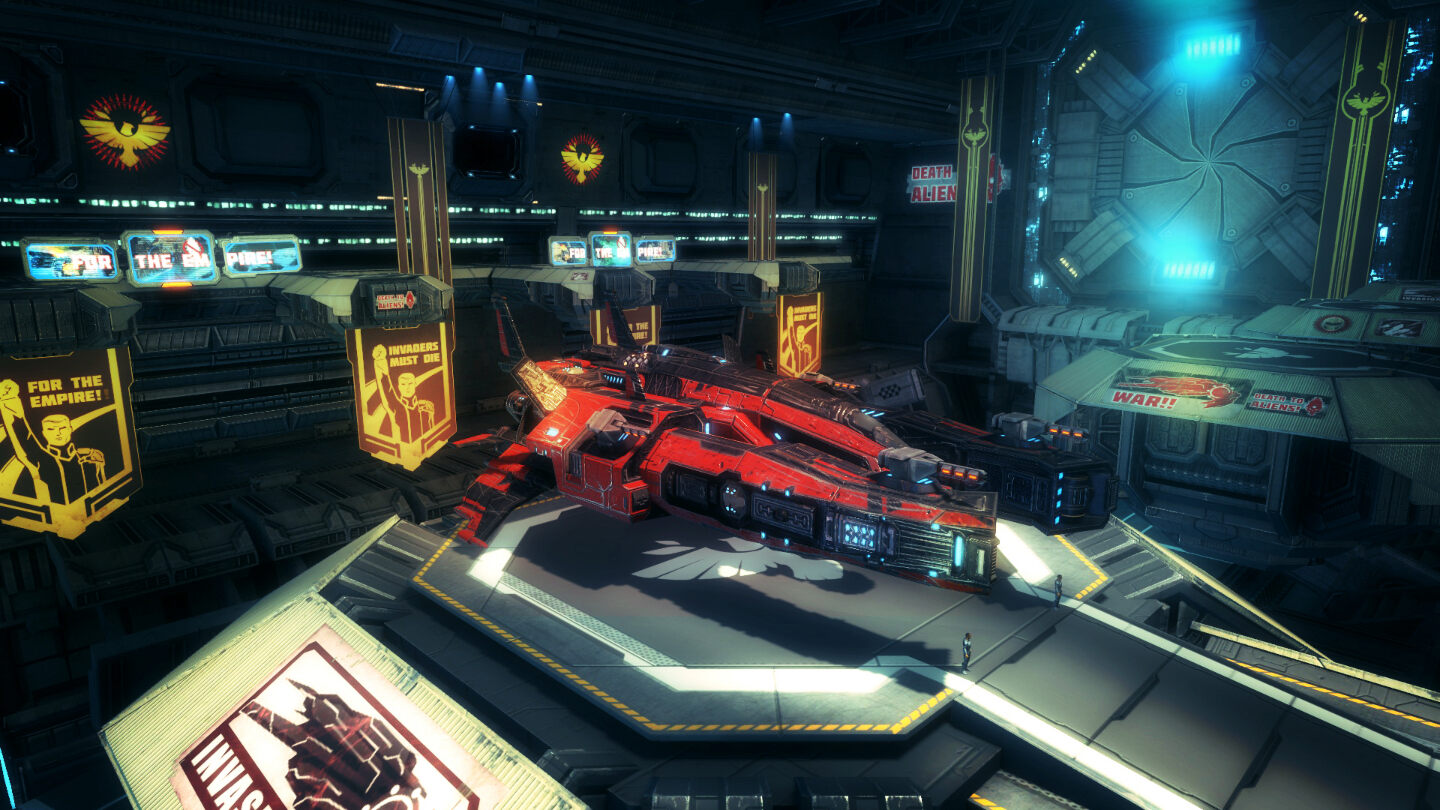 Initially, all ships of the factions are somewhat different from each other, not only in appearance, but also in characteristics. For example, the Imperial fleet has a damage bonus, the "Federals" starships are considered the fastest and most maneuverable, the Jericho vehicles rely on shields. All this, of course, matters, but as you pass and grow your reputation/loyalty with the help of upgrades, buying different weapons and gadgets (the arsenal is huge), installation of active modules and modifiers you will adjust the focus of your ship - for example, some pluses to strengthen or, conversely, to patch holes in the technical characteristics.

Of course, all this is useless without pilot (i.e. crew) and technicians upgrade, which is accomplished by installing special implants - one, for example, improves hull strength, another reduces the time of target lock-on, the third increases the rate of shield recovery. The upgrade in Star Conflict is flexible, allowing you to adjust to specific situations. 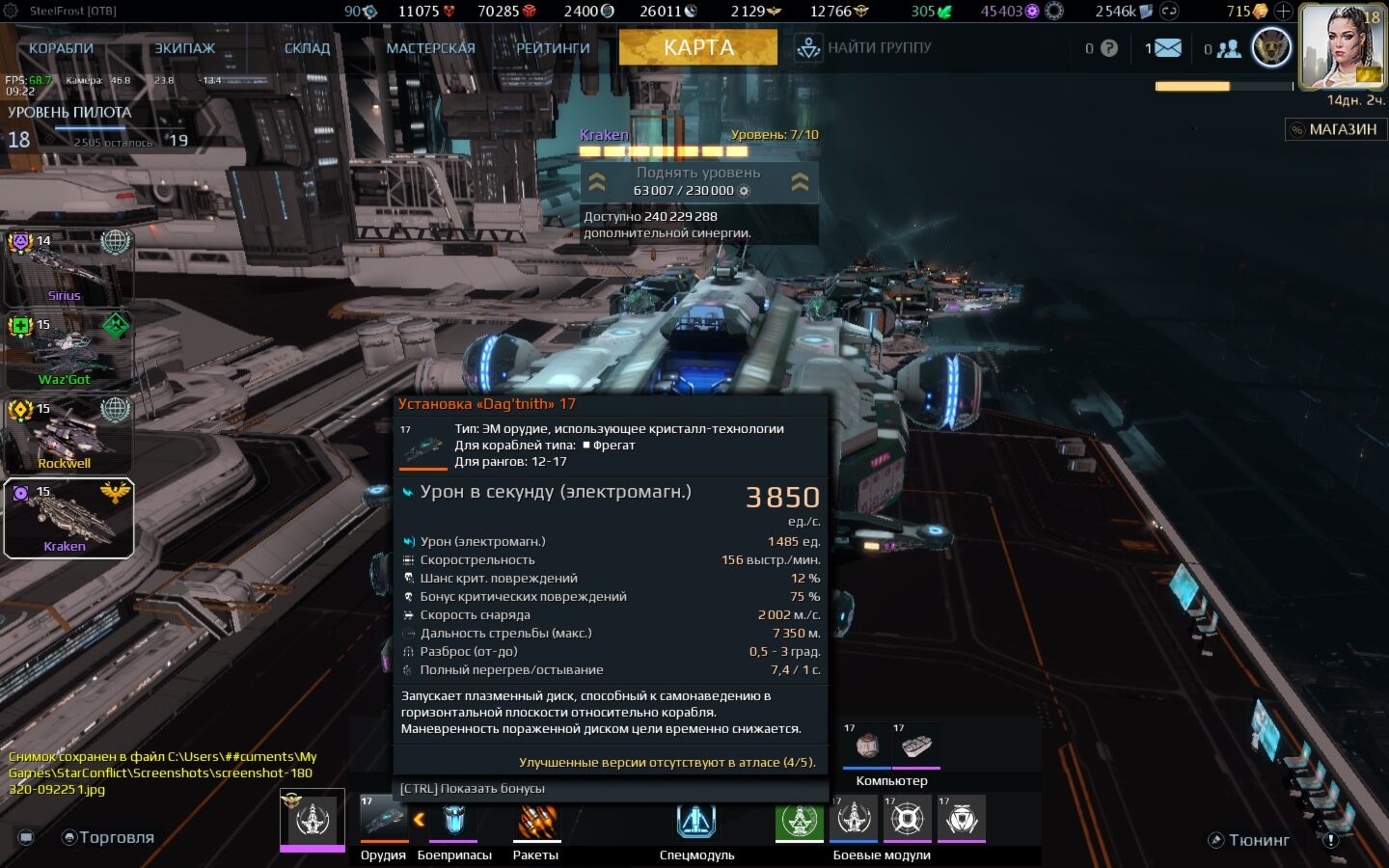 Initially, at different stages of the open beta the attitude to Star Conflict was ambiguous - say, there are few modes and maps, and in PvP there is a clear distortion of World of Tanks and War Thunder. But eventually the game found its face and turned into a really great space freedom, covering almost all areas of activity of a virtual pilot - well, except that you can not, as in some cosmosim, to go to the station bars and chat with alien girls. 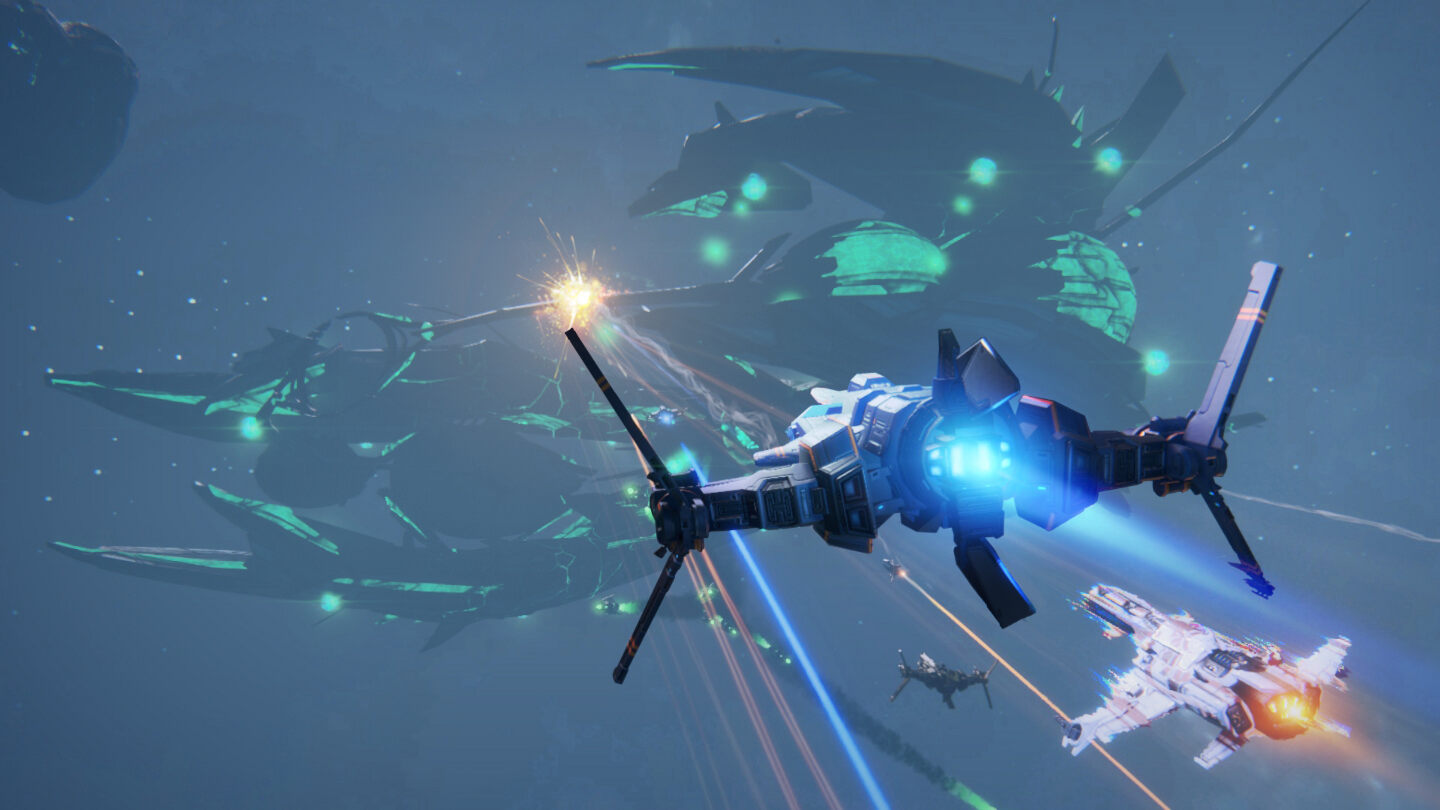 Today it's ridiculous to talk about the lack of any modes, locations and opportunities - on the contrary, there are so many of them that one can't help but wonder. And at the same time, the game has a rather deep approach to the development of ships and everything associated with them. For example, every class of starship has its own arsenal of weapons and modules (and there are hundreds of them!), which does not allow you to take some part from the heavy assault ship and hang it on a lighter interceptor. Well, and so on, up to the fact that with the transition to the next rank becomes useless previous parts. Add to this the variety of roles and tactics and you'll understand why in Star Conflict it is important not to invest real money (which is possible, as in any free-to-play MMO), but to learn to play intelligently - for example, on one particular class of starships. 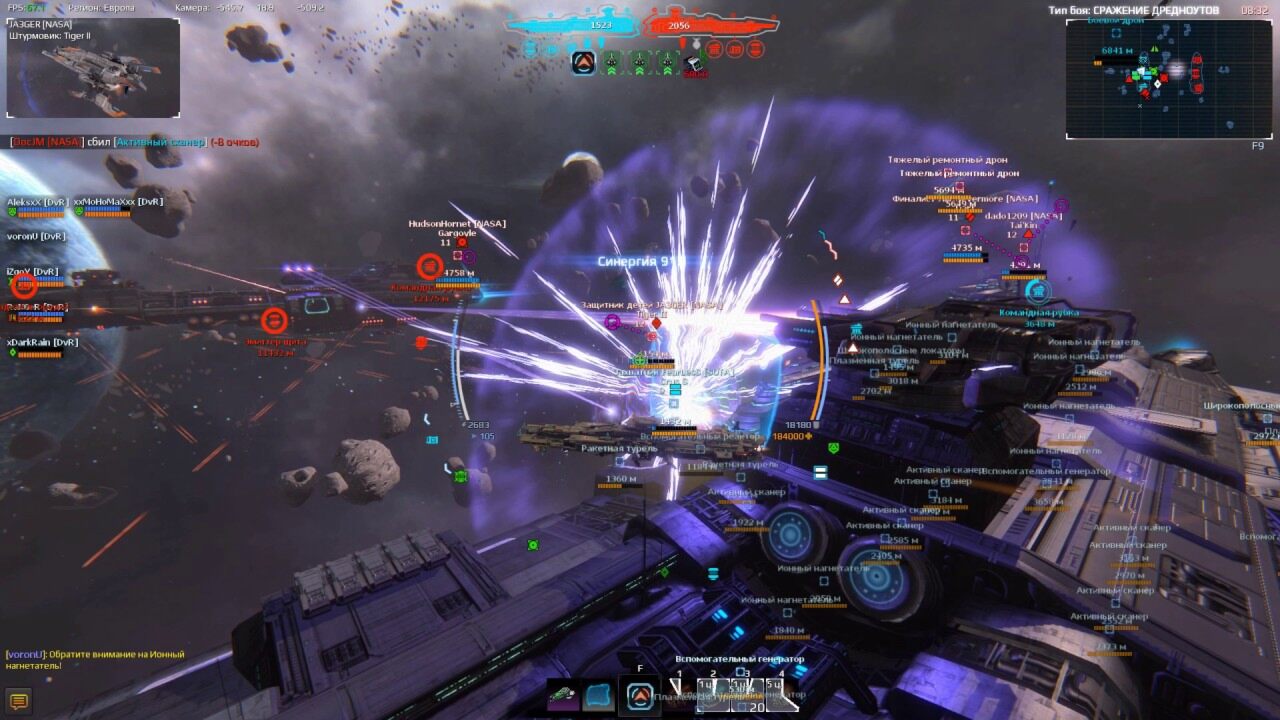 Naturally, the project went through different periods, ups and downs, some veteran players accused the authors of drastically changing the rules and balance, others said that Star Conflict is just evolving, and the old guys always dislike new things, and so on. One can argue for a long time, but the best answer - the game has been alive for 8 years, and still the authors update it, hold some themed events, add new types of competitions and so on. In any case, it's very unique and rare by nowadays space MMO, and certainly on the level of content is almost unique of its kind. At least in Russia. So if you love space and are ready to follow the vocalist of "Smyslovy Hallucinations" and give half your life for the star, and for the moon - freedom, then it is definitely worth trying Star Conflict.