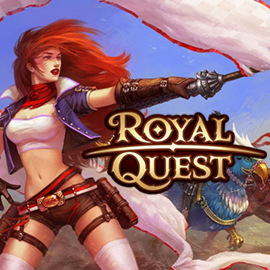 Royal Quest is a Russian free-to-play MMORPG from the well-known domestic studio Katauri Interactive, which created such hits as Space Rangers and King's Bounty: Legend of the Knight. It's perfect for those who love to play in the spirit of Ragnarok Online, and the developers didn't hide the fact that they were inspired by that iconic Korean MMO when they created Royal Quest. And the authors were able to bring a lot of their own discoveries and released a very cute, cozy game with their own face. We'll tell you all the details in our review.

About the world and the story

Royal Quest is set in the original Aura world, which could be classified as steampunk - here there's magic, technology and alchemy. The so-called Black Alchemists, greedy and power-hungry, aiming to get their greedy hands on the extremely rare and valuable mineral Elenium, have become a serious threat to Aura. Then the local King, just as in Russian fairy tales, appealed and called for brave heroes to help fight back the enemies. As a reward, he did not offer his daughter as a wife, but half a kingdom in addition, that is, titles, castles and surrounding estates, which is also not bad. 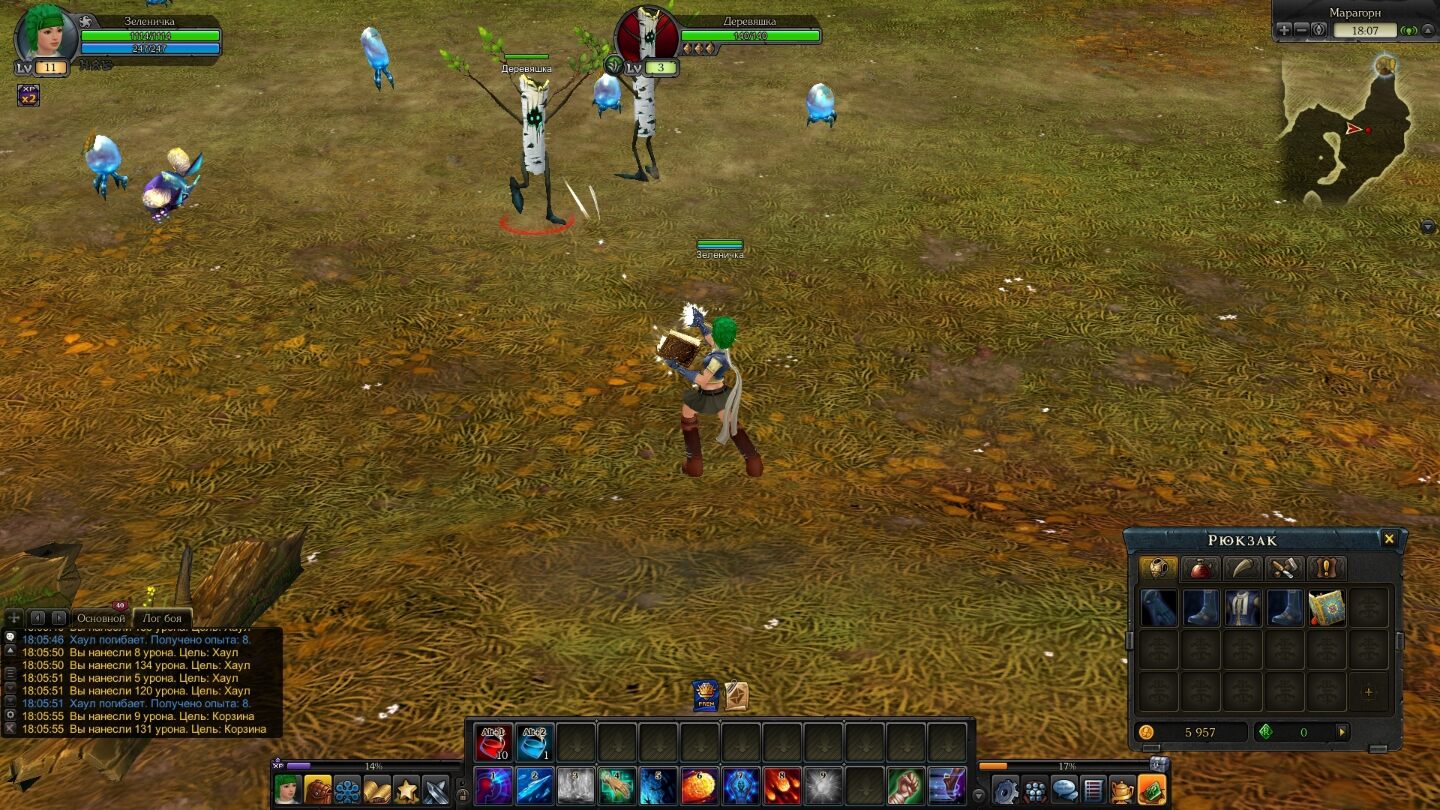 One of these brave men is just us. But the way to get the cherished castle, of course, will be long and thorny. In Royal Quest there are many quests and challenges, forcing us to visit a variety of locations and fight a lot of dangerous enemies - the inhabitants of dark forests and vast deserts, underground inhabitants and sea monsters, swamp creatures, orcs, demons and hordes of the undead are against us. Plus, of course, the countless animals translated for experience and loot, all those boars, wolves, bears, infamously dying at the hands of the purposefully pumping player.

About the role system

What will be the brave man (or brave girl) who responded to the call of his king, the player decides, selecting at the start of the class and sex of the character. Immediately tell him that he can only be human - a representative of another race can not be taken. So, four classes are available.

Swordsmen are naturally melee-oriented, strong and hardy, preferring the shield and sword, distracting enemies and increasing both their defense and allies' armor. They are also the only class capable of fighting on horseback.

Riflemen are more mobile and quicker to level up, and they can take down enemies before they even get to the player and realize it was there. Due to this they are great for beginners and those who prefer PvE-content - that is to perform tasks and fight monsters under the control of the computer. Because in battles with other players (i.e. PvP) experienced opponents quickly demolish shooters to pieces. Although with proper diligence and properly growing hands and ranged fighters can fight back.

Local mages, unlike their counterparts in other games, are surprisingly resilient and still retain all their magical advantages. Therefore, they have almost no disadvantages and are very useful in groups. Including during battles with other players. 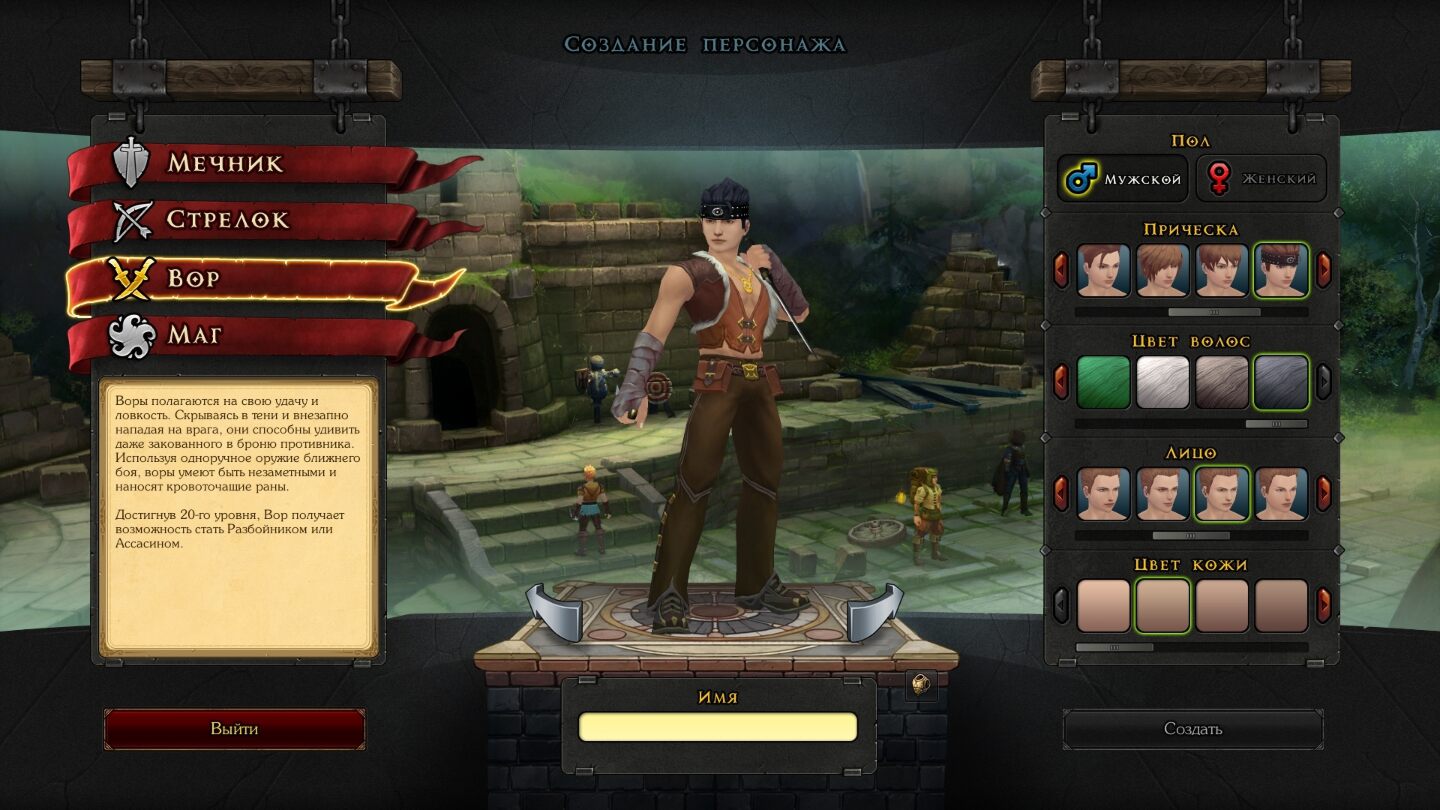 Finally, thieves are probably the most difficult class in the game. They are very demanding to user skills and quality of equipment. But with the competent, albeit slower than the same with the shooters, thieves are extremely useful - they can become invisible and use the skill "Robbery". This allows you to stealthily infiltrate enemy camps to, for example, destroy the leader, steal important documents, and then disappear without leaving traces. Naturally, they rely on their dexterity and speed to avoid direct confrontation, but instead often use sneaky tricks and dirty tricks, attacking in the back and from cover.

Upon reaching level 20, all classes must choose an advanced specialization, siding with Light or Dark. Accordingly, swordsmen are offered Crusader and Dark Knight as options. Riflemen are torn between Hunters, who can tame animals, and Snipers, who are the fastest shooters and use traps. Wizards can turn into Wizards or Blackseekers, who only rely on the elements of chaos. Finally, an experienced thief will either be a Bandit or an Assassin. The latter has the highest speed of any character in the game. 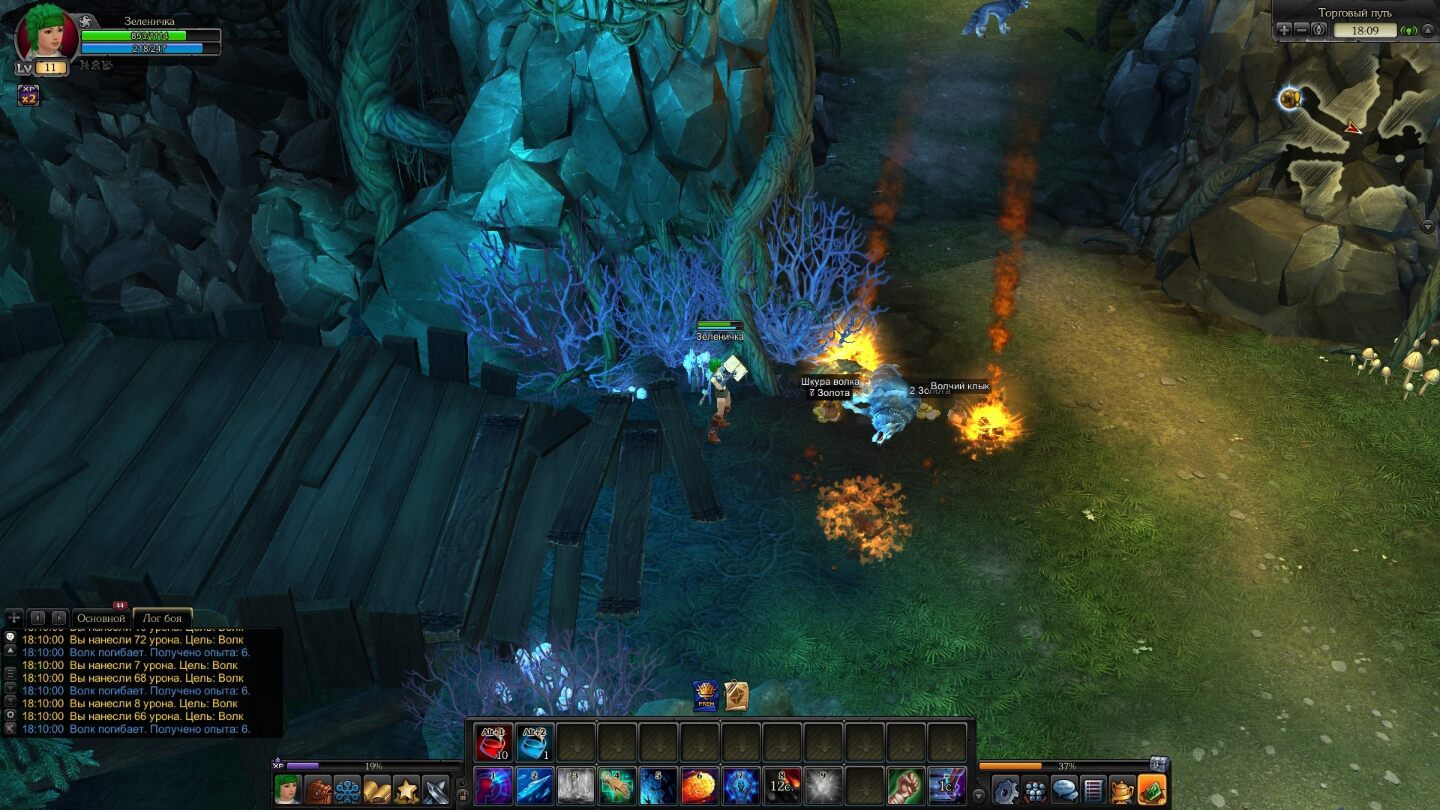 Prokachka characters goes quite standard - kill monsters, complete tasks, gain experience, and, having received a new level, raise the selected characteristics and learn new skills. However, after the aforementioned choice of specialization experts advise, using the mandrake leaves, reset all the skills, and then allocate ability points in a different way, in accordance with the guides on the chosen class. And dress up in a new way, familiarizing yourself with the range of clothing presented by merchants.

About the main gameplay

Royal Quest has basically everything many people love about these MMORPGs. We fight, complete quests, level up, get into groups with other players to travel together and get bonuses for it, or purposefully go on collective raids on major bosses, clearing dungeons and thus obtaining some unique equipment. There are also special events, such as regular snow festivals, sky fairs, warlord's day, harvest festivals, and so on. 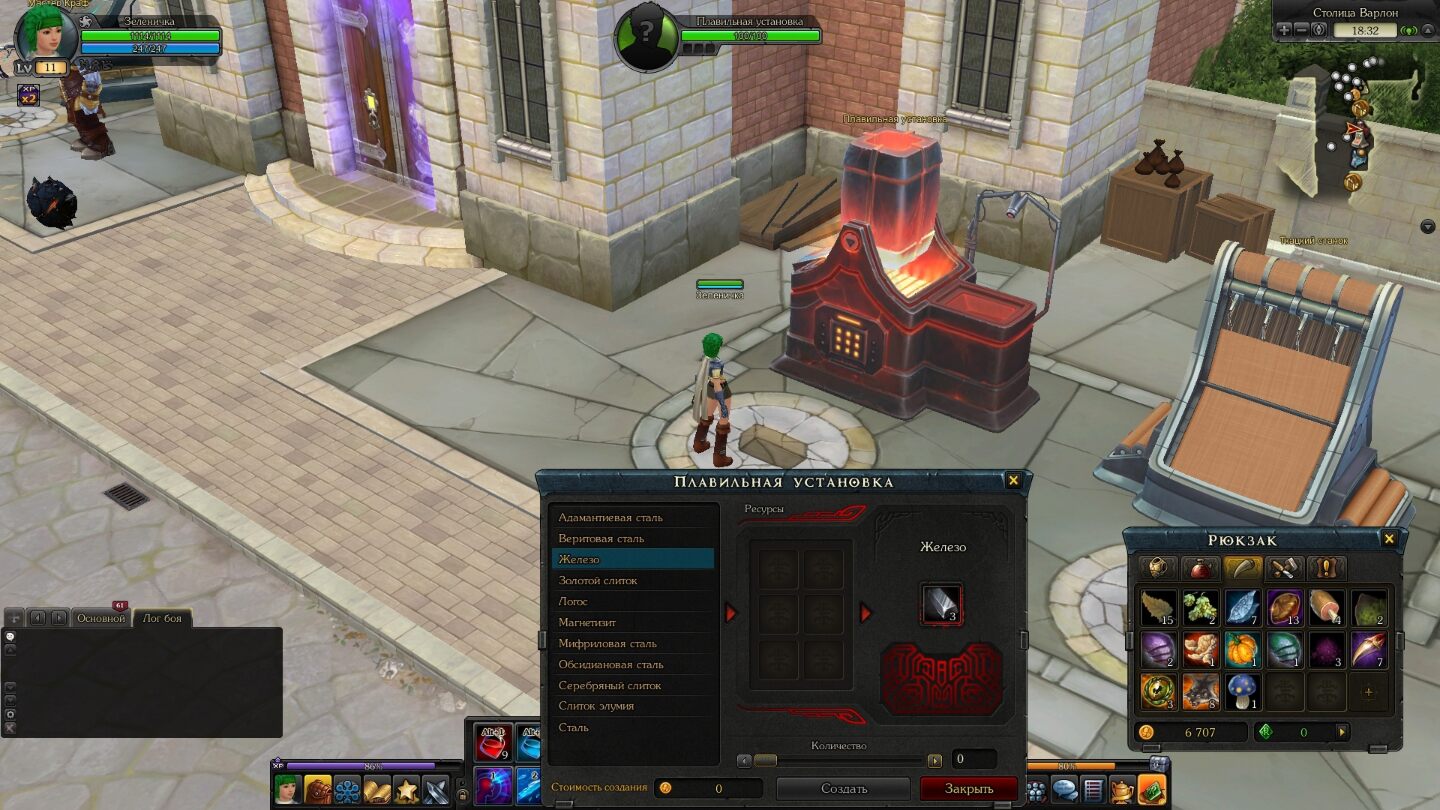 There is also resource extraction and the creation of various items - and everyone can do it at once, because there is no separate system of professions, in which the player needs to further develop, in Royal Quest. Whether this is good or bad is up to everyone. Things can be created using one-time recipes in alchemical cauldrons, as well as sharpened with philosophical stones. There are several other ways to improve weapons and other items of equipment. First, insert special cards that sometimes fall from defeated enemies into special cells on your favorite sword or shoulder pad. Second, install magic seals of varying rarity from the enchantment wizard.

These game mechanics moved from Ragnarok Online, but have been somewhat adapted - as well as many types of monsters, and the ability to quickly move between locations with special characters, "infants" - they are also a kind of warehouse, and the place of resurrection. Also, you can not only go to the merchants for supplies, but also open a shop yourself - for this you need to buy a trading place.

Battles are a lot like we saw in World of Warcraft and similar projects, where there is no "targeting system" (that is, you don't need to aim, defend and dodge with your hands), but rather to correctly juggle skills on the "hotkeys" panel. But this does not mean that it's easy - especially at high levels and in battles with other players. After all, suitable skills need to be picked up and sharpened, and it's better not to use them at random, but given the relationship of the elements: for example, say, against the fire monsters water attacks are effective. Variety in fights contributes to the need to save special energy - its own for each class. It is spent on the use of some advanced abilities of the hero. 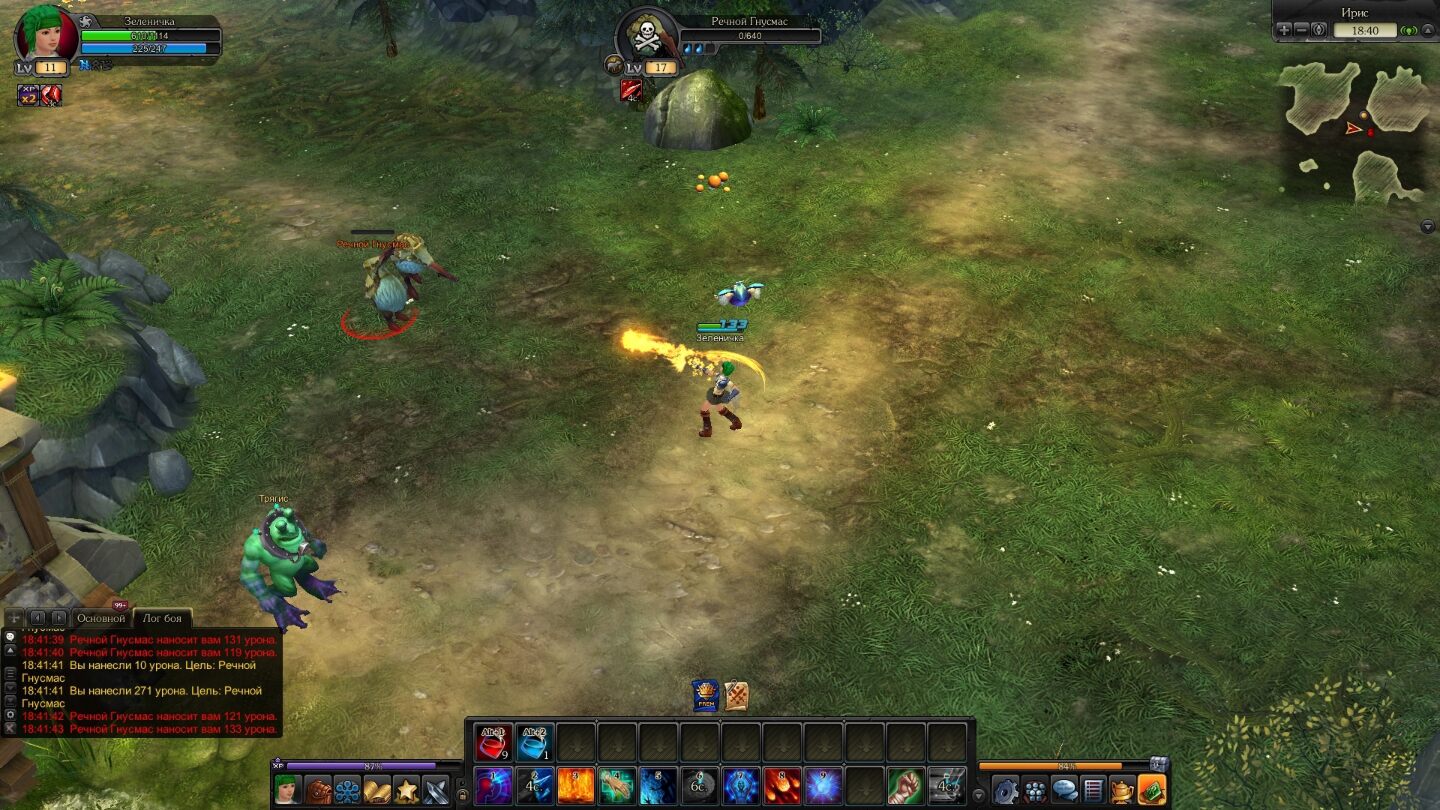 Well, and, of course, there are different kinds of currencies. There are pets, which, under certain conditions, can not only perform a decorative function, but also collect trophies falling out of monsters. Particularly pleasing is the abundance of "maunts", that is, riding animals. Each of them, be it a mechanosaurus, a vulture, a flamingo, a wolf, or even a ti-rex, gives the player his bonuses, increasing health, defense, attack, or anything else.

About guild wars and PvP

Separate mention should be made of the guild system. Anyone can create a guild by paying the necessary entry fee to a special character. Participation in such a user association brings a lot of useful bonuses, however, for this you need to actively kill enemies - this adds experience to the common piggy bank, which allows your organization to grow in levels and get development points. When you reach level 10 your guild will open up the possibility to declare war on others - but no more than five factions at once. Large-scale castle sieges take place during these confrontations, and guild leaders can even summon epic bosses. 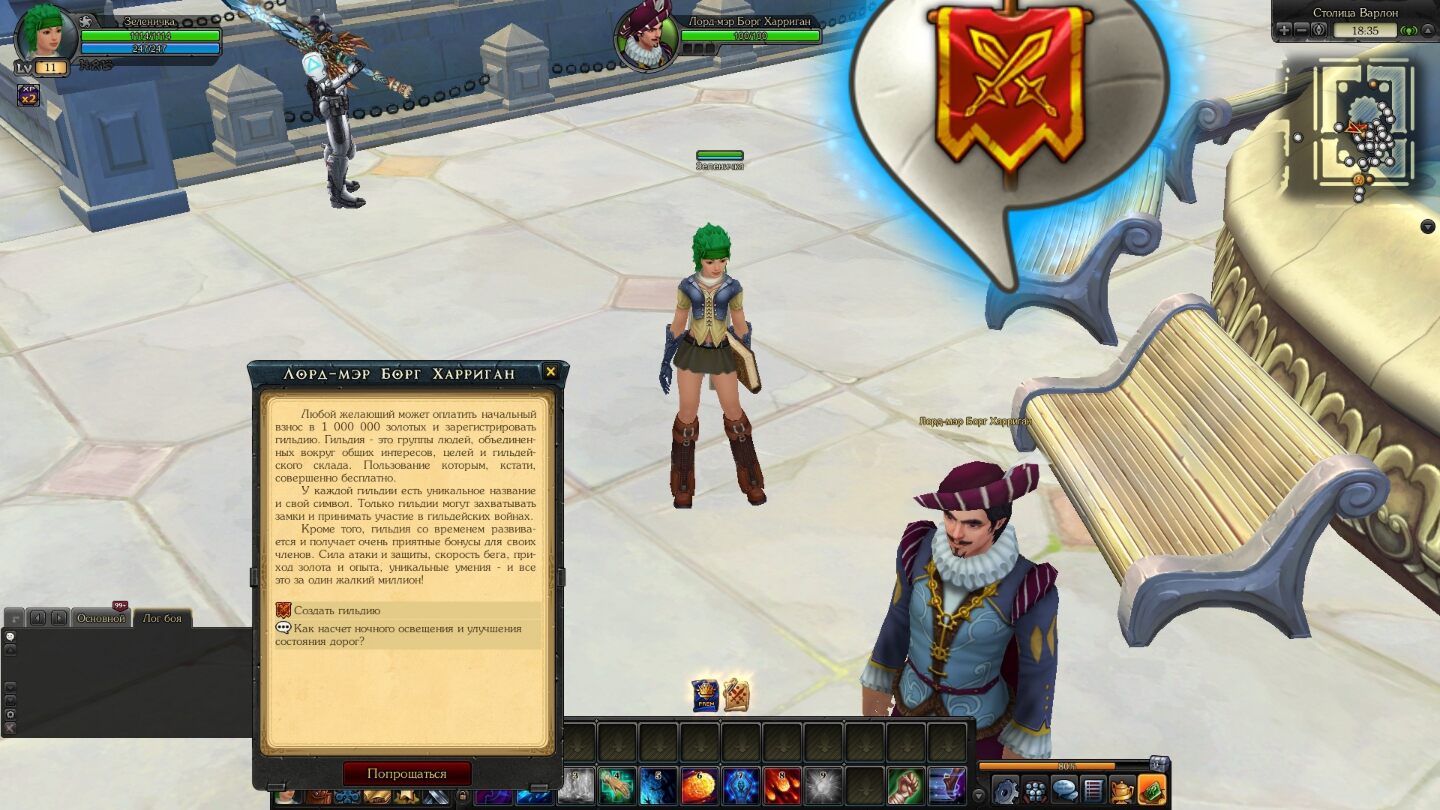 In addition, the battles between players take place in two more modes. In "Arena", everyone is divided into two teams of three and fight each other in a confined area. And the "Battlefield" format is actually an analogue of "Capture the Flag" - it is designed for groups of up to 16 fighters on each side.

How it all plays out

Whether you'll be interested in playing Royal Quest depends on purely subjective preferences. There are plenty of locations, activities and opportunities. There is no full-fledged single-player campaign as such, but there are well-written quests and dialogues in high-quality Russian (well, these are the authors of Space Rangers, where the texts played a significant role), there is the trademark humor, there are situations of moral choice.

Yes, of course, in addition to these there is a lot of more simple, including daily tasks, many of which are at first often repeated. For a while, you even have to run to the same questmaster and take the same challenge over and over again. Then the situation changes dramatically, and the magazine quickly gets puffed up from the abundance of quests, most of which, again, we repeat, are very simple in nature - kill, find, collect 15 ears of some "beastmen", and so on. But these are peculiarities of the genre - if you came to this game consciously, knowing that it's an MMORPG, it's silly to complain about such things. Besides, as we said, there are more interesting quests, with jokes, beautifully written dialogue and moral choices. 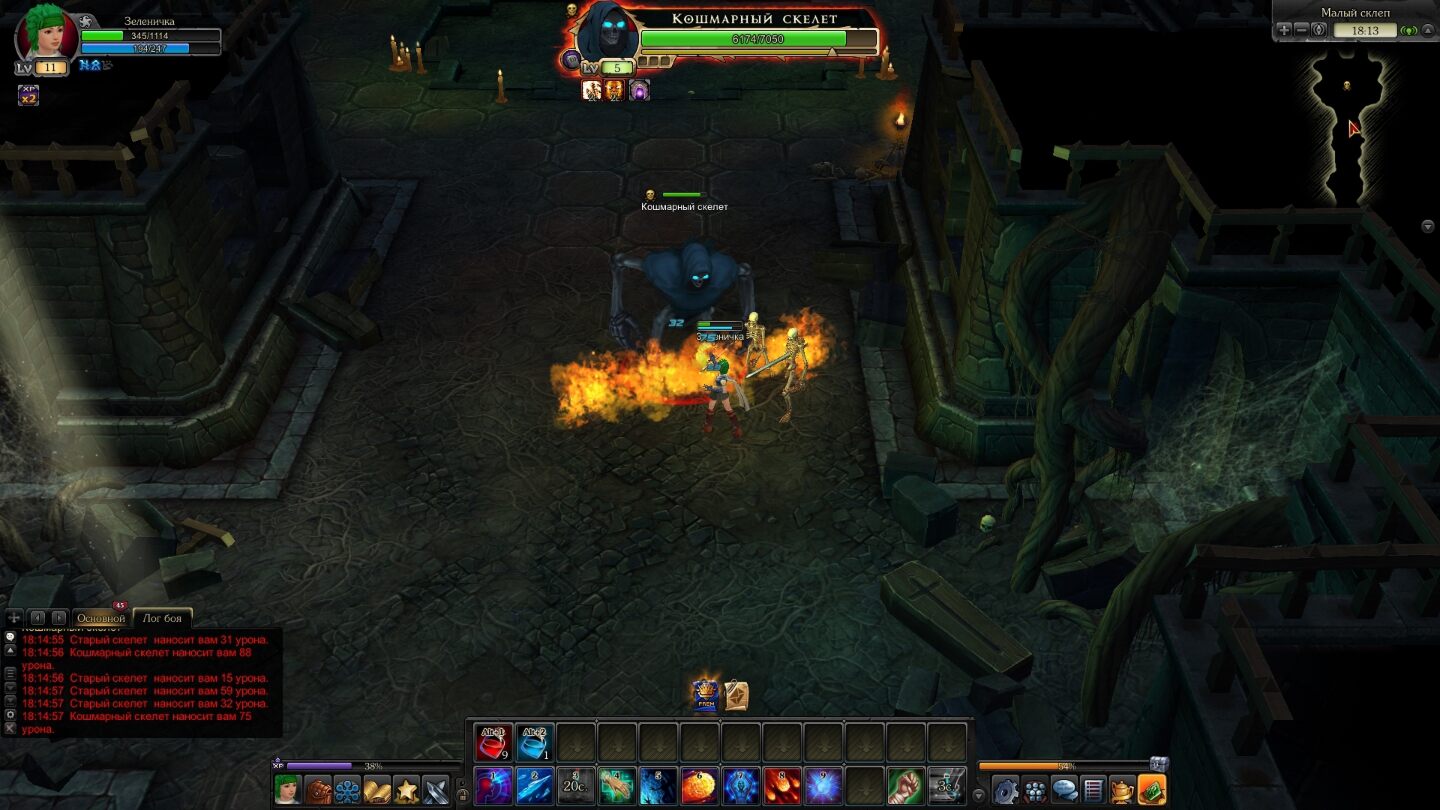 It's the same with the so-called "grind". Yes, there is a lot of it in Royal Quest, i.e. quests often involve the repetition of similar actions, killing monsters in packs and collecting items by handfuls. But there's no hiding it, considering that the project was originally targeted at the fans of such a well-known, but cool in its own way and once very popular "grindy" as Ragnarok Online. However, the authors still brought their own flavor to it, provided the game with excellent Russian lyrics and dialogs, pleasant music, calibrated artistic style, as well as nice graphics in the spirit of "King's Bounty: the Legend".

Finally, let's talk about DONAT, that is the ability to buy something for real money and get various useful in-game bonuses for it. Yes, there's the real money in Royal Quest, and a paid premium account, for example, increases the experience you earn by 50% and allows you to move between infants without spending any resources. But in fact it's not that expensive, and in general it would be strange to expect that in a game conditionally free of charge there will be no donation - and what should the project live and grow on? Besides, you can play and have fun, and without investing real money. Just progress will go slower.

The game is already 8 years old, but it still lives, it has its own community, different events continue to be held, holidays and festivals are held, new themes appear on its official page in Vkontakte. That means that Royal Quest has passed the test of time. Will it pass the test of your attention and interest? Well, try it out, decide. It won't be boring anyway.