Neverwinter was released in 2013 and immediately attracted a lot of attention and rave reviews. There were several reasons for that. First, the game is based on the rules of the famous Dungeons & Dragons - a series of tabletop role-playing games, where participants move the figures of heroes, roll dice, determining the chance to successfully perform a particular action, and in general experience a fascinating adventure with dungeons, dragons and rescue princesses in a world of classic fantasy. All of the above, accordingly, is here as well. Only not in paper form, but in three-dimensional and very effective graphics. So those who like this kind of entertainment are not disappointed with the game. Also because (and this is the second) the developers not just used the famous name, but really made everything very competent, qualitative and interesting. Thanks to that Neverwinter is still alive and growing. Read more in our review.

Unlike many other MMOs, Neverwinter pays more attention to the story. And this is more than natural. After all, the game takes place in the universe of "Forgotten Realms" - one of the most popular fantasy worlds in history, on which a lot of books were written and made many great role-playing games.

That is, "Forgotten Realms" itself implies the presence of interesting adventures. And with them in Neverwinter all is well. The official story campaign begins with the fact that the main city of the region - actually, Neverwinter - is under siege, and on top of that someone has stolen the royal crown. It is clear that it is up to the players to deal with all the piling up problems, protect the residents, look for the relic and so on. And often we are assisted in this by partners and companions.

The campaign is accompanied by spectacular, cinematic clips and well-voiced dialogues. And the fact that, in addition to the standard for any MMO quest about "kill 10 goblins and bring me their ears", there are much more interesting, even multi-stage tasks - for example, we conduct full-scale investigations and even once act as an exorcist, who must deliver a possessed citizen to the hospital and periodically give her a cure.

During 7 years of the game's existence there were a lot of additions for Neverwinter, and many of them add new interesting events and adventures. So, in "The Fury of the Feywild" we help elves to fight with horrible monsters, in "The Tyranny of Dragons" we get acquainted with flying and burning fire lizards. In "Ravenloft" we go to the cursed world of Barovia, where in the course of the story we encounter the famous vampire Strad von Zarowicz. And in the eighth add-on "Underdark" there is a very cool campaign, created with the participation of the famous fantasy writer Robert Salvatore. He is the one who has written the most cool literature on the Forgotten Realms universe - he has more than two dozen novels and several collections of stories. The most famous hero of the master's books is the dark renegade elf Dzirt Do'Urden, who constantly defends his ideas of what is good and what is bad. They even made comic books about him. And, of course, you can meet Dzirt in Neverwinter.

About races and classes

Before you go on a solo or co-op adventure, you need to do the main thing that everyone does in any self-respecting role-playing game - which is to create a character, selecting gender, race and class. And this choice in Neverwinter is, for obvious reasons, quite solid.

A total of 13 nationalities are available - in addition to the usual humans, dwarves, and several types of elves, there are also draconians, half-orcs, drow, and others. All of them differ not only in appearance, but also in various starting bonuses to their traits. For example, tieflings, being demons, are able to deal 5% more damage if the opponent has lost half their health. Dark elves heal faster around campfires and gain bonuses to wisdom, dexterity, and charm. Dragonriders, for example, are initially the most effective critical hitters. And so on - each race has its own advantages.

But more important is the choice of class. Now there are eight of them in Neverwinter, each of two varieties. Fearless barbarian perfectly wields a two-handed sword, deals a lot of damage and is great for beginners - it's probably the easiest and at the same time extremely effective option. Warrior-stranger also has good survivability and powerful attack. The wizard lord relies on mass control and strikes across the square. The main task of the Hist Cleric is to support his allies with "prayers" that increase his comrades' stats. Therefore, no serious dungeon adventure is without him. Almost the same can be said about the righteous paladin, he is not only effective in close combat, but also able to apply "auras" - special spells that support companions.

The bow-and-dagger assassin is a hunter-tracker, one of the most sought-after, though not the easiest class to master. The trickster, also wielding two daggers, is a master of stealth who can even become invisible. He can kill anyone, but he can only deal damage to one target at a time - that's why he's the most effective in duels and battles with other players. In addition, this class is heavily dependent on the characteristics of the things it's wearing, so it's considered quite difficult to master and not recommended for beginners. Finally, perhaps the most versatile is the blacksmith torturer. However, in order for it to be as good as the more narrowly focused specializations, it requires properly growing hands and good equipment, so, like the trickster, this class is not recommended for beginners.

Finally, when creating characters we still choose one of the 12 patron gods, and then throughout the game we pray to him and make offerings to receive rewards for loyalty.

Naturally, our main task, as in all similar games - to pump and develop the hero, discovering new abilities and talents, picking up more cool equipment and magic things that give certain bonuses. By the way, the game has a special artifact equipment, which can be pumped up to level 60 - with each improvement increases the characteristics of the object.

In the process, players perform tons of quests for every taste, explore more and more locations, and not only on their own, but the faithful racers, going into groups and raids on dungeons, earning special awards, participating in various game events, sending partners on separate adventures, trade, collecting different types of currency, go hunting. And in general do everything that is customary to do in such games. Neverwinter has and in-game economy, with banks, markets and auction houses, and an advanced system of professions, allowing your choice to engage in alchemy, blacksmithing, forging armor, leatherworking, jewelry making and even - if you want - dressmaking and sewing. That is, you yourself can create the outfit that best suits your character, which means that you have to choose your profession carefully. At the same time everything is done for the convenience of the player - you are free to hire workers, who will collect resources for you to make items, develop your crafts and so on.

But mostly, of course, we fight. And, I must say, it's really interesting to do this in Neverwinter. Partly thanks to the fact that in the process you need to collect special points to apply special techniques. Companions are also helpful in combat, they either join us in slaying monsters or protect us. But most importantly - in contrast to many other MMOs, you can not just call enemies or, yawning, to inflict auto-attack damage: you must personally, with your hands to aim, aim at enemies, dodge and block. Although, of course, always calculate the chances of hitting, dodging, and blocking. That is, it is important here and the player's ability to correctly navigate in a fight, and how he pumps his character. In any case, the battles always keep you in suspense.

Especially if we are talking about the battles with other players. This aspect doesn't receive so much attention as in other MMOs - Neverwinter is more focused on single player and cooperative adventures. Therefore, even the guilds and alliances between them here are created mainly to make it easier to find a partner to go and kill some vicious and very dangerous dragon, but not to fight for territory with competitors. Nevertheless, there are options to compete with other players too. When we reach the desired level, we will receive messages about the start of a special event, in which users figure out the relationship in separate arenas in "Domination" mode - there you have to capture and hold three control points. Also, for example, there is a format where two teams first perform speed quests, beating monsters, then fight each other. And in the finale, the winners and losers have two different adventures.

All fans of epic feats in the world of classic fantasy, of course, immediately feel at home in Neverwinter. There's plenty of adventures like that here. Besides the game looks and sounds great, there are interesting quests, a lot of opportunities to develop characters, a wide range of their own unique classes, and battles are always kept in suspense. And in general, this project is made on the principle of "all for the player, all for his comfort and convenience. 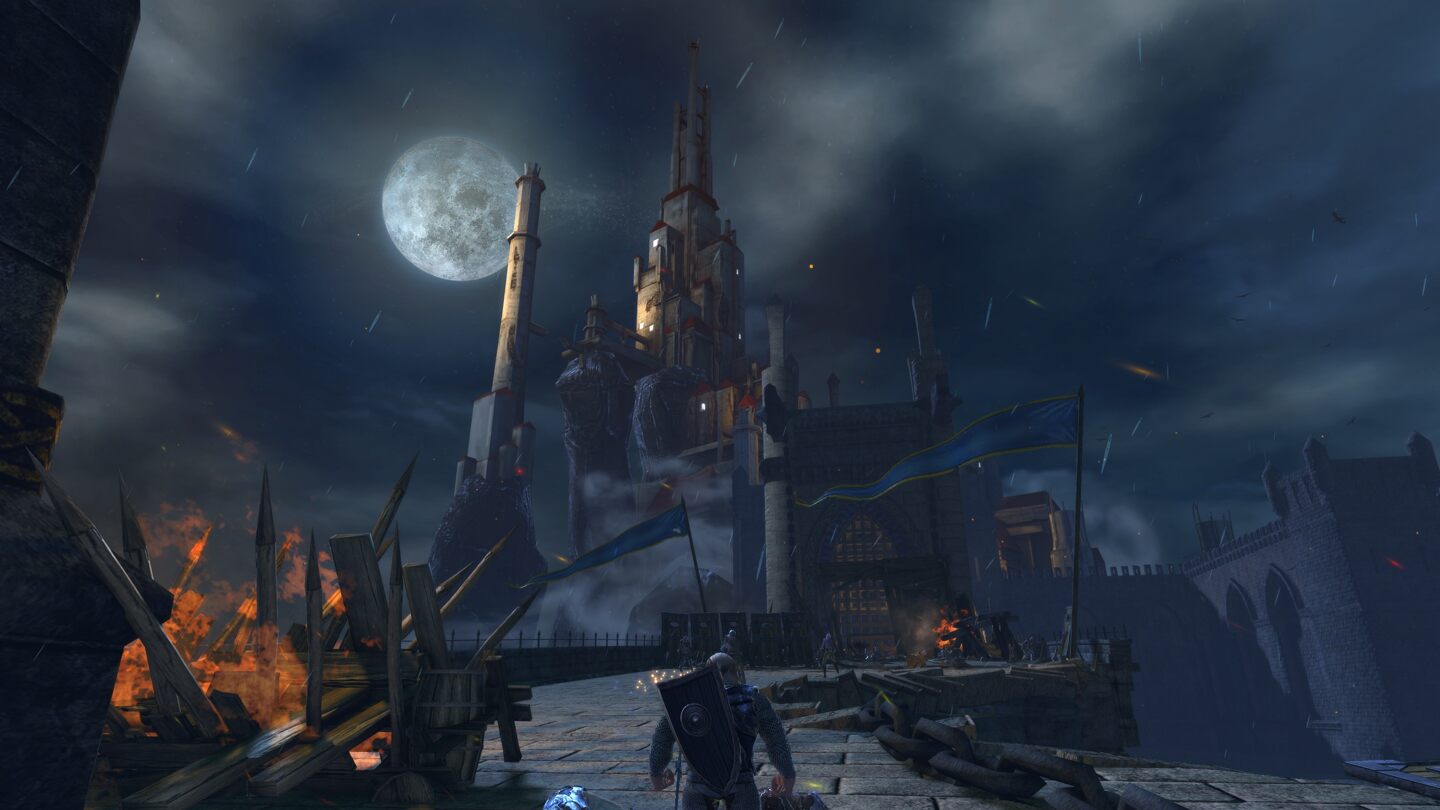 Yes, someone might complain that those who pay real money can get an advantage. Indeed, there are options to buy in-game currency and some other bonuses for your own money, but in fact absolutely all content, including high-level content, is available for free. And no one is forcibly climbing into the player's pocket - it's always his choice.

All of this makes one of the best online role-playing games today, which will be an excellent choice for those who dream proudly alone or with friends to perform feats, protect and revive entire cities, kill dragons, rescue princesses. And thanks to the fact that the game is constantly evolving, adventures in Neverwinter, it seems, will never end.