Top games whose storyline is addictive, so you can play them all day long

In fact, there are several types of players. One part of the gamers plays with excitement, in order to collect more prizes, records, and achieves. They like dynamic games with fast-changing events. And there are players who start the game for the sake of an interesting storyline. This is their path, they are fully immersed in the story, are actively involved in the gameplay, because they are fascinated by the development of the story. Our selection of games is designed specifically for this target audience. We all know the feeling when a video game with a good, thought-out plot captivates no less than your favorite book or blockbuster movie. And games are much more exciting, because the gamer becomes a direct participant in the events. It is thanks to the player is the development of events, he has the power to influence the story. Interacts with other game characters, and therefore can not remain indifferent and apathetic. So, ahead of you, the game with the most exciting plot. 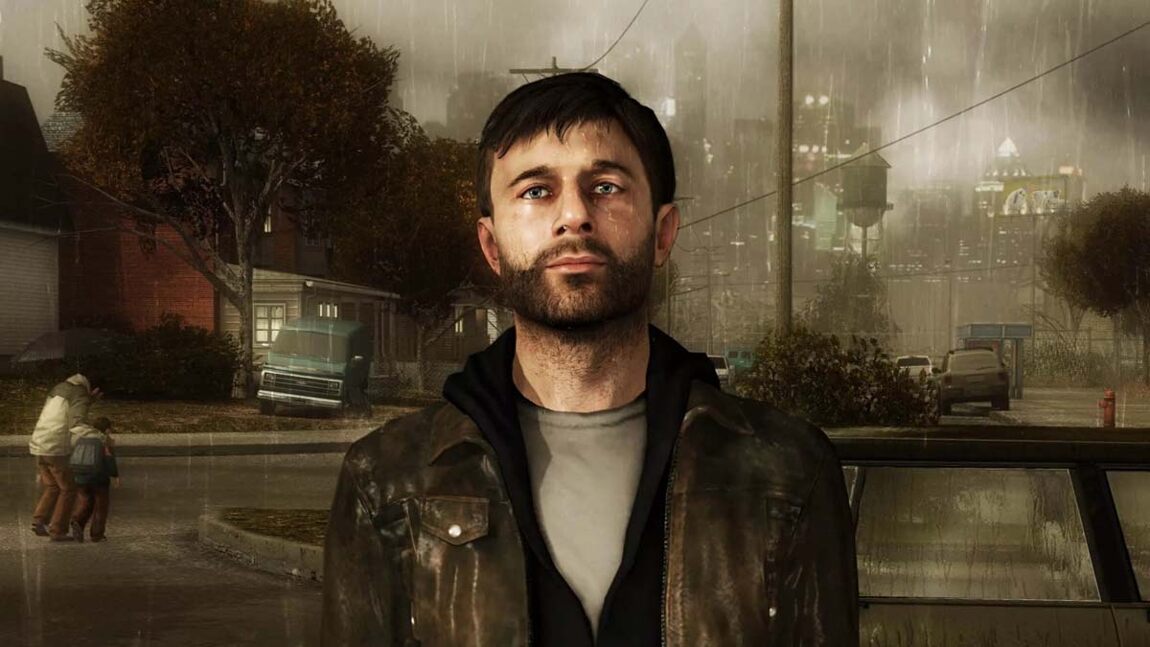 The game is a fascinating interactive drama. The illusion of a family's prosperity and well-being is presented to the player at the beginning of the gameplay. A huge house, a full bowl, a job that pays well, the family lives in happiness and joy. The characters rejoice in every day they live, they are filled with bliss and confidence in the future. At first, there is such a feeling that happiness is simply immeasurable, and will last indefinitely. And then comes the moment when the creators of the game drop us from heaven to earth. Everything is safely stripped away and the characters face a cynical reality. Ethan Mars is plunged into misery, anguish, and experience. He is plagued throughout the game by questions: "What went wrong? Why did this happen? How could I help myself and my loved ones?" He is willing to sacrifice himself to rectify the situation and somehow influence it in a positive way. Each self-sacrifice of our hero evokes an attack of sympathy and teaches us to empathize and love. Separately, we can mention the design of the game. It rains that never ends, muffled beats of water, murders, investigations, kidnappings take place against this atmospheric backdrop. The plot develops dynamically and unexpectedly. The player can never predict what turn of the plot awaits him at that moment. It is simply impossible to ignore this game, and the idea of the plot could create competition to famous Hollywood masterpieces. The game is riddled with memorable passages, for the sake of which it is worth getting to know this project better. 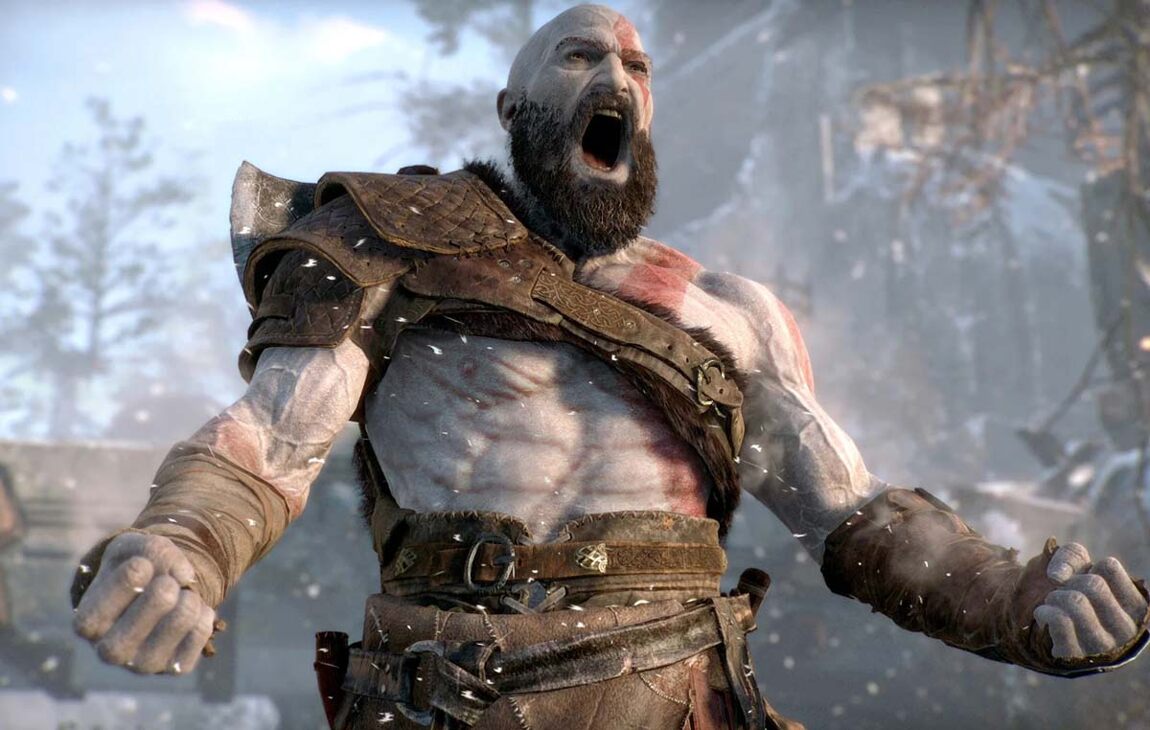 The game was released in 2018 and since then has been steadily marching around the world, gaining the love and trust of players. And probably rightfully it is listed as one of the most amazing and interesting games of all times and peoples. This project has a fascinating gameplay, wonderful narrative and charismatic characters. At the heart of the story is an interestingly presented story, which tells about the relationship between a father and his son. How much effort must be put into a child, how much time must be spent for the upbringing to work. The overpowering sense of constant anxiety for your child, the desire to protect him and shield him from trouble and pain. This tragic story conveys to us a new image of Kratos, god of war. Makes us look at this stern and ruthless god from a completely different angle. Because in the previous projects we know him as a ruthless, full of rage, wishing only one thing - to destroy his enemies, to shred them into small pieces. Discover this interesting game, the storyline of which quickly draws you in and does not let you relax for a minute.

With a fascinating game, gamers can fully immerse themselves in the criminal world of the Italian Mafia, which was at the helm in the thirties, forties. Players are introduced to the brutal laws of mafia structures. The story centers on the history of the criminal "family", its formation, development and struggle for power and money. The main character gets into the mafia completely by accident. Out of good motives, he assists two criminals, helping them to escape and avoid reprisals. He works in a cab and for a token fee he takes the bandits out. But he will get little joy from this acquaintance, the lust of the money he receives will pass, and he will face a harsh reality. The bandits will blackmail him, threatening to kill him if he does not join their "family". The protagonist simply has no choice, and he enters the mafia, which promises to protect him and keep him safe at all times. The protagonist will be engaged in robbery, robbing and killing people, working as a hired assassin, organizing searches for traitors. These are particularly dangerous elements who are ready to stab you at any moment or put a bullet in your head. Acting in tandem with our hero will be surprisingly exciting. And at the end of it, our players will get a strong and unexpected finale. The game will pleasantly surprise you with its realism, and if you have missed this project, take a look at it. You will never regret it.

The game, which was released in 2019, fully embodies all the unbridled imagination of Japanese game designer Hideo Kojima. The project is ready to take the prize for originality. Here you can, as if in reality to see ghosts that can be killed with blood bullets, unimaginable monsters created from black mud, flasks for experiments, which are inside the children. There are a lot of, to put it mildly, unusual and unique characters. That's why Death Stranding game doesn't look like an ordinary fiction, it has too much sick imagination. Rather, it looks like the ravings of a sick person at the beginning. How the game will surprise us when closer to the final conclusion we find logic in it, and it will make sense. Many incomprehensible and seemingly meaningless circumstances will gain a healthy sense. Everything will fall into place and add up to a beautiful and fascinating story. 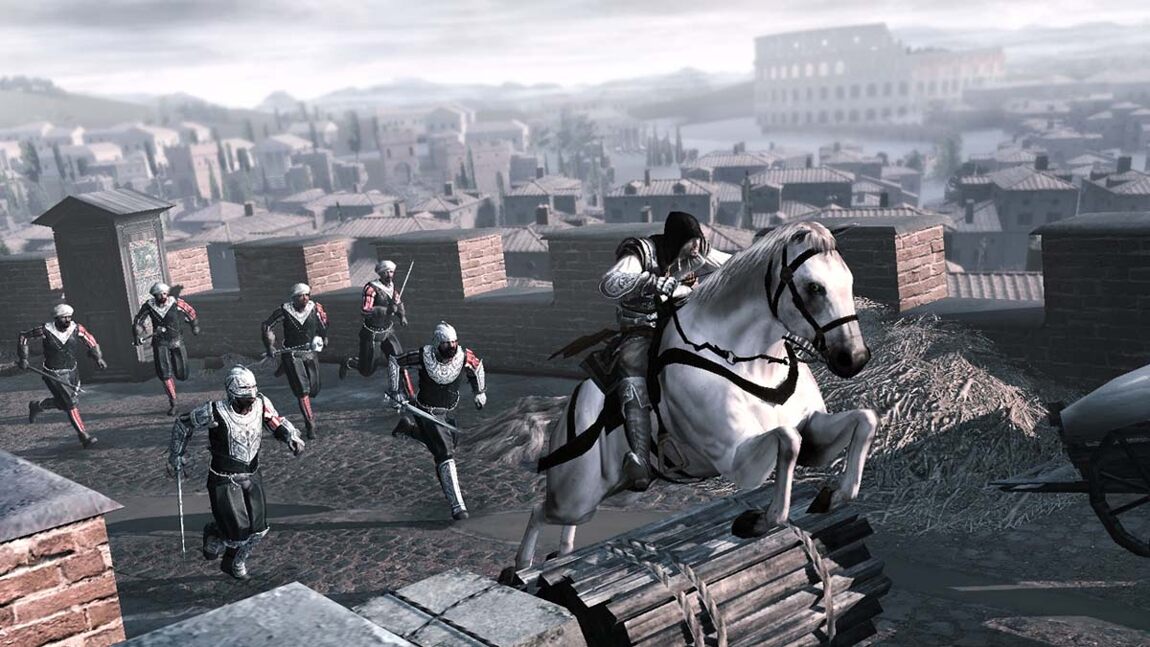 The game has won the hearts of players not only for the undeniable charisma of the characters, but also for its other, individual virtues. First of all, it is striking for its beauty and scale, detailed conveyed to us Italy of the fifteenth century. The previously reckless protagonist, trying to rethink his life. The protagonist, Ezio, has chosen his own personal path, he becomes an assassin. Now his road is clearly defined, life takes on meaning. The storyline is about the revenge of the protagonist on his enemies Templars. He is waiting for a lot of adventures blessed with noble intentions. The player who will highlight this project will be pleasantly surprised by how beautifully all the components of the game, making it truly unique, interesting and unique.