Out-of-the-box, original game industry projects, with a touch of madness

Originality and uniqueness, these are the most important virtues of video games. We appreciate such projects for the fact that they are interactive and give us the opportunity to act in the games at our discretion and interact with the virtual world as we wish. But there are such game designers who can't get enough of this and begin to give free rein to their originality and unbridled imagination. Game creators wake up artists with a slight madness, that's why these projects are born, that blow the brains of players. Everything here is turned upside down, both the game mechanics, and storyline, and the leeway design. These are the kinds of projects we were looking for to get a better understanding of them, and maybe even see some sense and logic and fall in love with them. The degree of insanity here is gaining strength by the minute, let's get to know the characters of these projects, the circumstances of the plots and game stories together. 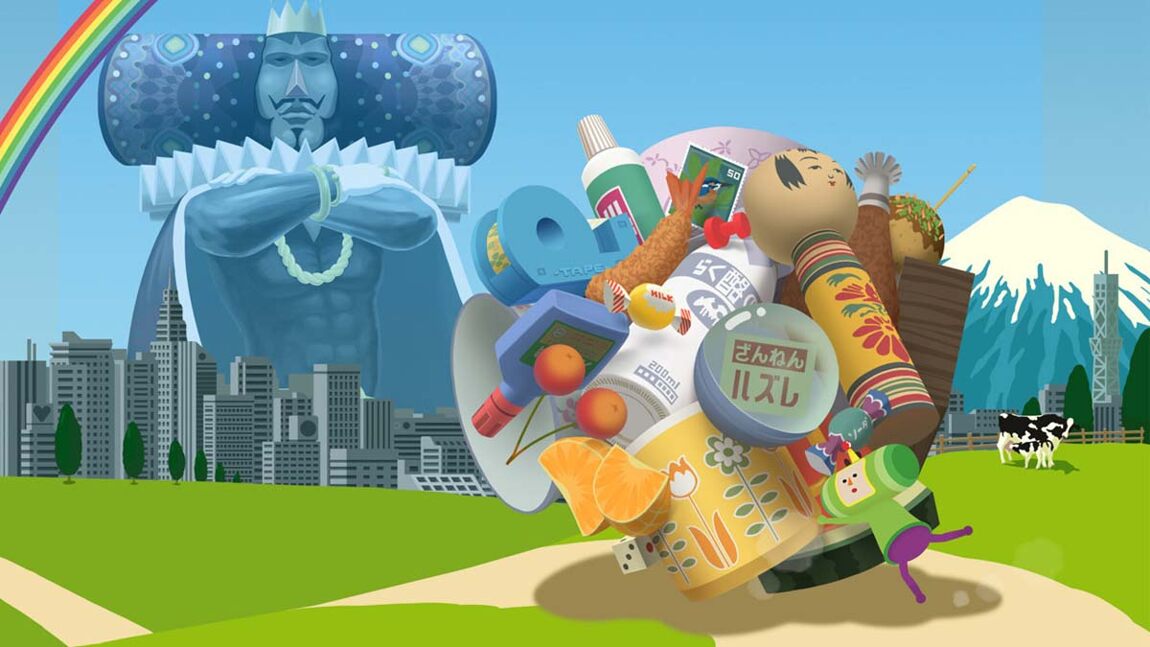 I probably wouldn't be too wrong in assuming that Japanese developers are the most susceptible to out-of-the-box thinking and imagination. It is thanks to them that we have seen anime and been introduced to the amazing Japanese hokku poetry. Countless projects that can surprise or even impress us have seen the light. One of these projects is a series of games Katamari, which in Japanese can be translated as "block. It is in this boulder-ball, the player will have to roll all objects that are in sight or close proximity near the hero. This can be a variety of objects, chairs, tables and other furniture. If on the way of the hero there will be cars of any size or other vehicles, they will suffer a fate to be rolled into a ball. As the hero progresses through the game space, the block keeps growing and increasing in size. The boulder somewhat resembles the snowball, which we all used to roll in the wintertime in our childhood. On a similar principle and is rolling the surrounding objects in the game Katamari. The only difference is that the block can reach an incredibly large size in diameter, reaching up to several kilometers. Surprising, isn't it? But the more it becomes a block, the more the players enjoy the excitement and unbridled joy. All this crazy action takes place on the background of Japanese music and soundtrack that fit very well to this project, and also subtle through madness. In conclusion, it is impossible to put this game in any frames, the atmosphere, the gameplay and the mood created by the developers, surprisingly, took a high level. 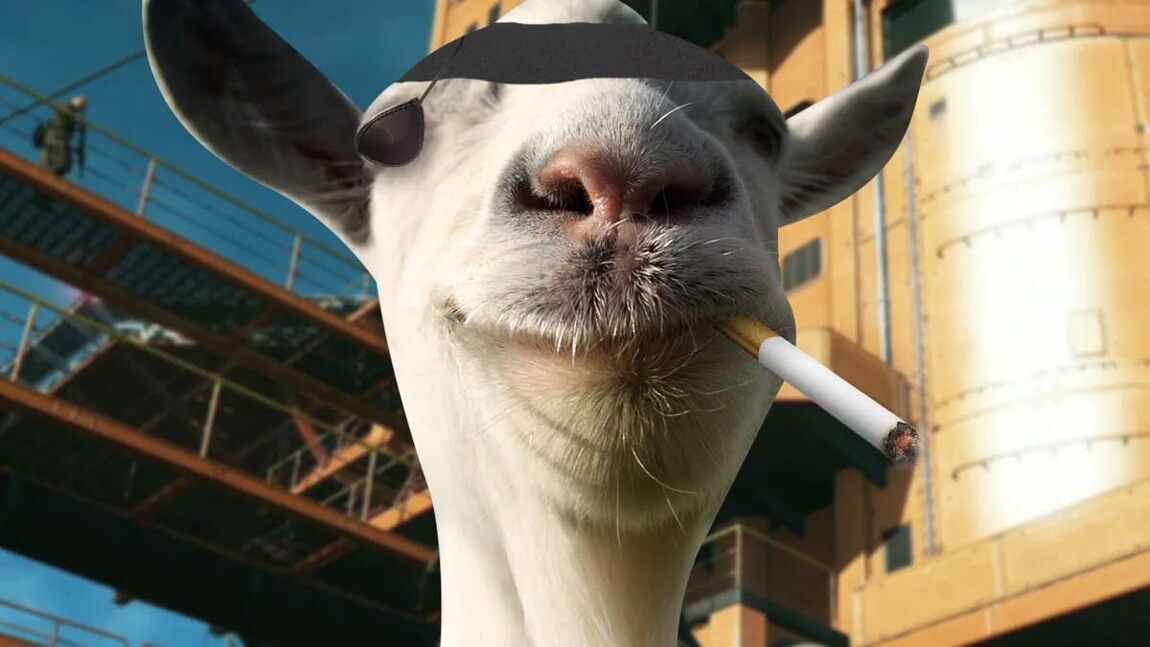 We learned about this game in 2014, and a lot of buzz was organized around it, thanks to the developers' unconventional imagination. In the center of the virtual space of the game is a goat, which causes great harm to the inhabitants of the village in which he lives. Well the creators encourage all the outrages that the goat arranges. And the player, who controls it, reward for all the mischief, points, thanks to which the player quickly and easily passes level after level. So, let's break down all the atrocities of the goat. He carries out destructive activities, destroying stores, breaking benches in parks, jumping like a lunatic on a trampoline. The merry beast roams all over the city and amuses himself to the fullest extent. If you are a low-key person in real life and never allow yourself to go wild, this is the most effective option for optimal discharge and relaxation. Trump makes spectacular use of his own tongue, sticking to walls, cars, benches and stores for fun. It's quite amusing to watch these crazy pirouettes the goat performs, thanks to his tongue).
All this bacchanalia and mayhem is laced, from time to time, with powerful explosions, jumps and long-distance flights of the main character. The developers themselves are humorous about the popularity of their brainchild and offer not to sweat, and get yourself this goat. Due to the fact that the interest to the game does not fall, the creators are working on the release of various additions to the game. Now Goat Simulator lovers will be able to play for no less funny animals, flamingo, whale, Tyrannosaurus... and it is not the full list of animals. 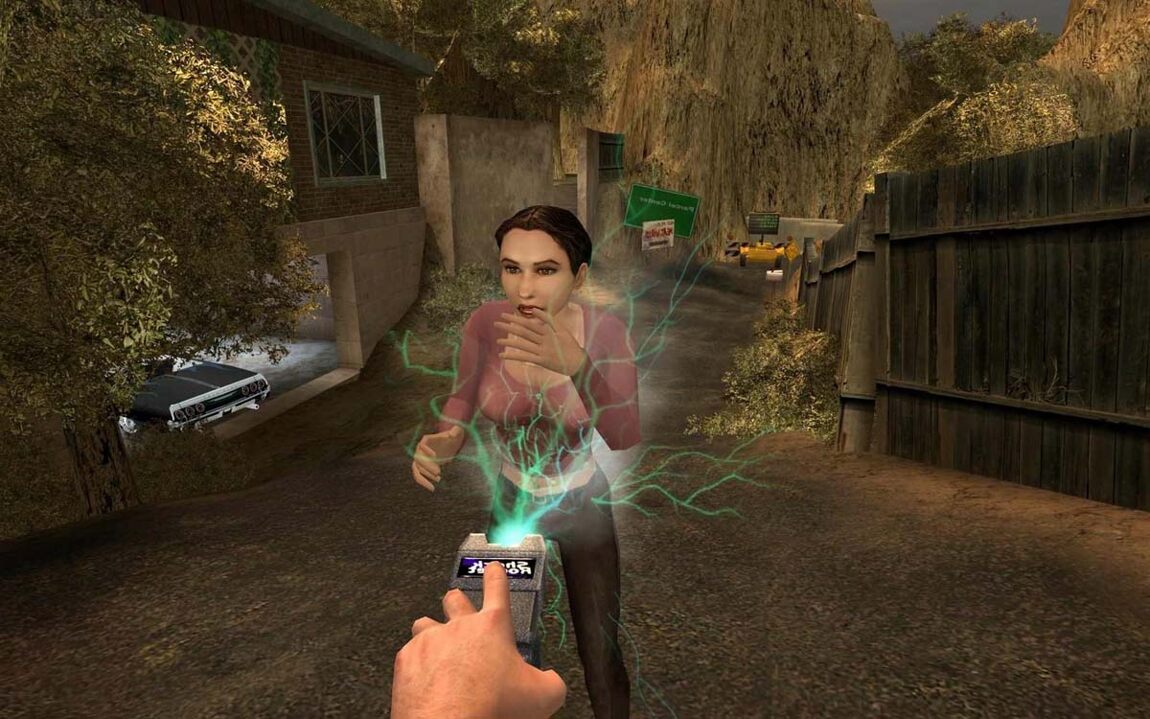 The most careless and crazy project of Postal 2, this is a first-person game. The protagonist in the game is not a very decent person, to put it mildly. His name is Dude, he lives in a trailer and leads an asocial lifestyle. His girlfriend, supports him in everything. There is a high level of cruelty and boorishness in the game. Well, the developers did almost everything to heat up this level to the boiling point all the time, encouraging players to the craziest outrages. The main character catches cats and makes them into silencers for his weapons. Pours gasoline on all the people and animals, houses, stores. And then sets fires. The dude likes to kick his feet, he kicks everything, and gets a high-pressure high from it. Well, pissing on his victims, chopping off their limbs and heads with a shovel is a separate song. The hero has only one goal, as much as possible to destroy buildings and destroy people. Under his aggression fall not only ordinary residents, but also police officers. These are not all of the mechanics that are involved in the gameplay of the project.
The player is waiting for a sea of blood and mountains of bloody bodies. Yes, it is ugly, brutal, but for some reason it arouses interest, probably unhealthy. The developers' fantasy did not make the project lame, on the contrary, they created a peculiar niche for this genre thanks to such games. If your psyche is strong and healthy, and you like this sort of thing, then this is definitely your project. As a tip, save your children from bloody spectacles, because their psyche is not yet perfect.

The game has an original storyline, beautiful and charismatic characters. The game is set in a fictional universe. The game is created in the genre of three-dimensional platformer, and is simply riddled with puzzles. The whole plot of the game is about the fact that the human mind is imperfect, and quite fragile. And if you have chosen the unconventional profession of Psychonaut, your mind will be in great danger. The heroes have an open world in front of them, so you can perform missions with pleasure, travelling uninhibited through the whole virtual world. The project carries a deep philosophical meaning, which we will be able to understand closer to the end of the project. This layer is masked under the cover of light satire and humor that permeates the entire project. Therefore, to find this double bottom will be unexpected and enjoyable at the same time. It's for the sake of this feeling and we take the game. Well, bright and colorful gameplay, well shades the mystery and singularity of the game.