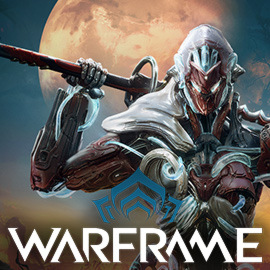 Warframe is a free-to-play third-person action game whose missions can be played alone or with friends. The game was created by the Digital Extremes team - the former authors of the classic Unreal Tournament shooters. That's why the project resonates with their past oeuvre: it's full of space adventures, gear-grinding action and weapons for every taste. Let's find out what else is interesting about this work.

The action is set in a world of the distant future, where mechanisms are indistinguishable from living beings, technology is like magic, and representatives of intelligent races travel throughout the galaxy. But even such an advanced universe is turbulent: after the collapse of the Orokin Empire, which ruled the solar system for centuries, its enemies and former subjects began to share power, turning every planet into a battleground. In the midst of this devastation, the Tenno come out of anabiosis. This is the name given to warriors who can telepathically control a very formidable weapon, a body-warframe designed to fight in all conditions. 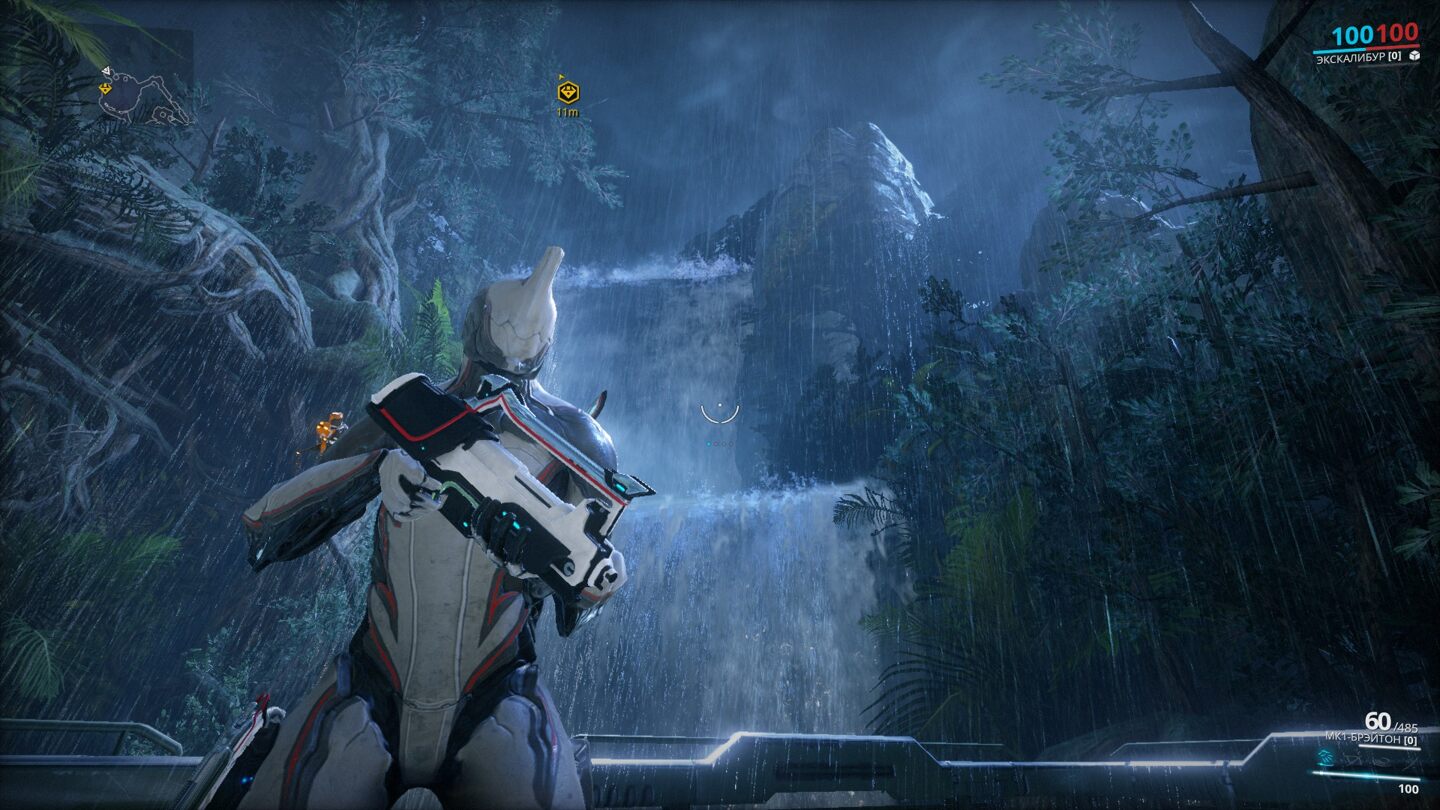 Warframe offers us the role of one of these awakened telepathic ninjas. And at the same time gives us a personal base - the starship Orbiter, where in between battles you can collect, store and improve equipment, learn the game universe, trade and choose missions on the star map. No one prevents you from decorating the ship to your liking: buy a couple of interior items, unlock rooms, put up collectible figures and awards, hang art displays - like paintings in your own home. But the main thing - it's still not the arrangement of the flying summer house, and the battles with the enemies, getting experience, resources, and pumping.

Forays from Orbiter, with few exceptions, are served in a PvE format - users fight against monsters controlled by artificial intelligence, but there are also arenas for PvP. Battles bring rewards in the form of experience, resources, and blueprints for crafting, as well as a bit by bit opening up the story. There really is a lot of content here: behind every character, every location or, at the very least, every ruin is an entertaining story of epic proportions. Take Lotus, the mysterious companion, who helps you get used to the game world and gives you directions during quests. A seemingly ordinary guide-assistant like Ghost from another space hit, Destiny. But gradually the script explains Lotus' connection to the survival of the Tenno race, sentient machines, the strife within the Orokin Empire and its downfall. 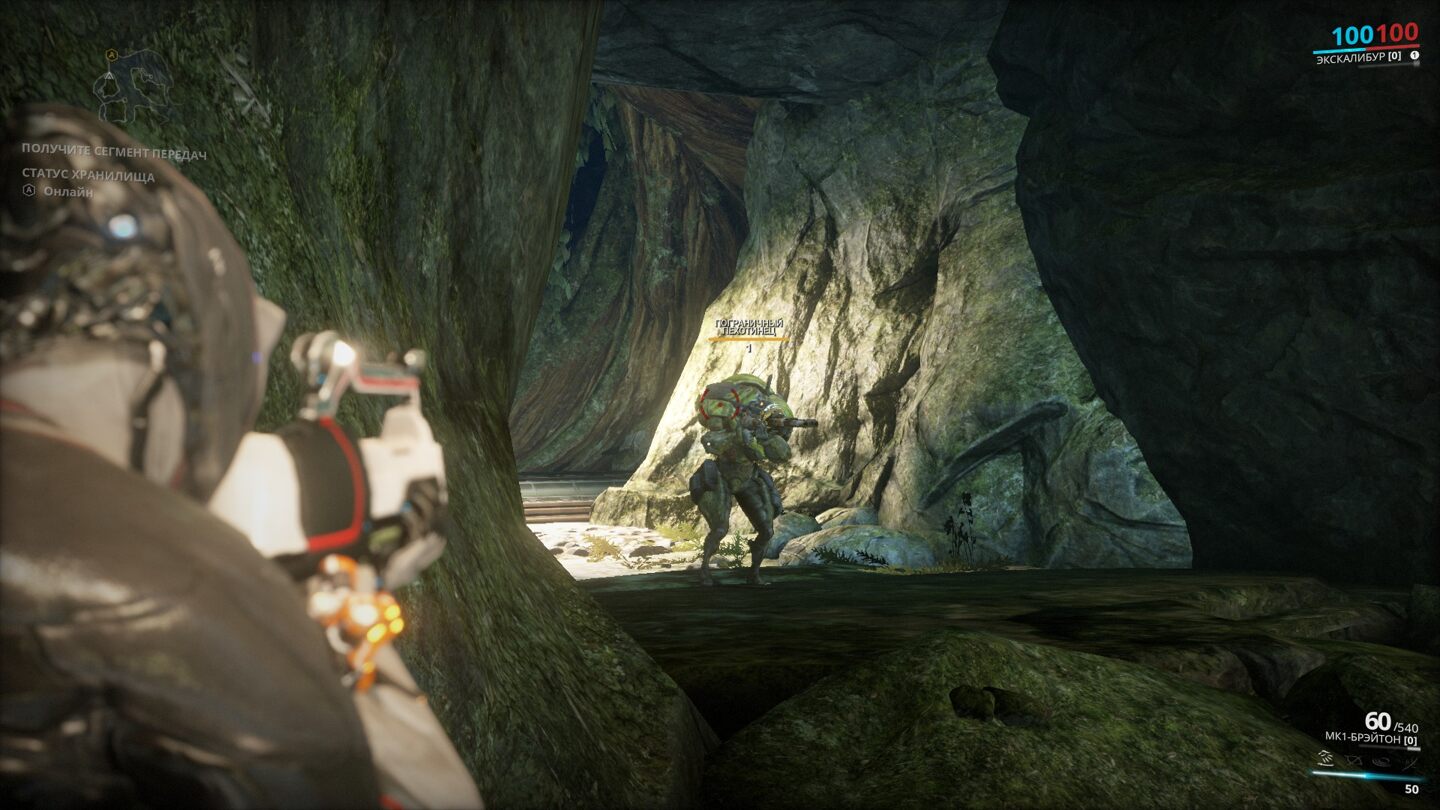 In more than seven years of the game's existence, the authors have packed it full of stories that are sure to please those who like to understand the intrigue of space operas. On the other hand, Warframe is a balm for fans of variant action. Instead of the three or four standard classes here as much as 42 warframes with their own advantages in combat, a huge selection of weapons, including a very exotic self-made, and missions such as "kill them all" diluted with racing, fishing, stealth and starship battles.

How are the battles arranged?

Combat in Warframe is a spectacular mix of shooter and slasher: there's a place for parkour and gunfights, as well as the dismemberment of enemies with cold weapons. Cyberninjas scurry around walls, perform dizzying stunts with their blaster lasers, and then finish off their enemies up close. Exactly how this happens and how it feels depends on the warframe under the player's control. After all, they are all different in characteristics - attack power, running speed, defense, armor strength, health, radius, and duration of abilities. In addition, each has a trump card up their sleeve. One strengthens allies, another demonstrates the wonders of agility, the third dashing disguise, the fourth fire burns, the fifth freezes, the sixth knows how to resurrect the dead - as already said, the options are more than forty. And you can choose the one that suits your control and fighting style.

However, these warframes still have to be opened, collecting them from the drawings obtained in battle or buying them for in-game currency - platinum. And at the start you can take one of three: an armored specialist in edged weapons Escalibur, Bolt with his force shields and lightning, or Meg, which does not reek of health, but uses magnetism to deflect enemy fire and squeeze opponents into briquettes. However, choosing a body doesn't condemn you to always use the same tricks. A lot of upgrades help - again, if you have the right blueprint and resources. No one prevents you from taking a weak telekinetic and eventually turning him into a tank. The same applies to guns, blades and other arsenal. On missions, you can take three weapons with you: the main, auxiliary and melee weapons. But we are not talking about some standard equipment. The number of modifications for each type of weapon is such that it will satiate any creative appetite. Submachine gun with stun effect, laser-shooting sword, freezing bow, electric halberd - assemble anything. And it will be felt in combat in its own way.

Like most MMOs, Warframe has companions available to accompany your heroes. You're only allowed to take one with you on a mission, but the choice of companions is rich. Drone-strangers, depending on the installed equipment, can attack enemies using special skills - for example, freeze, set on fire, electrocute. Kubrau are beasts akin to dogs: they scare away, track and gnaw at enemies, and temporarily hide their master from prying eyes. Kawats look like cats - they are support pets in difficult situations, when it is necessary to reinforce a critical strike or replenish energy reserves. There are also robotic MOA companions - they can be fully assembled from modules, equipped with any characteristics to your liking.

With the Empyrean update a new kind of action was added to the firefights and fights on solid ground - flights and battles in outer space on the interceptor ship Ralejack. This part of the game resembles a starship simulator: while the captain on the bridge is demonstrating aerobatics, others are firing turrets at asteroids or enemies, and someone is patching up the holes on the fly. If desired, players can even take over other ships and, if necessary, repel the attacks of enemy boarding teams. 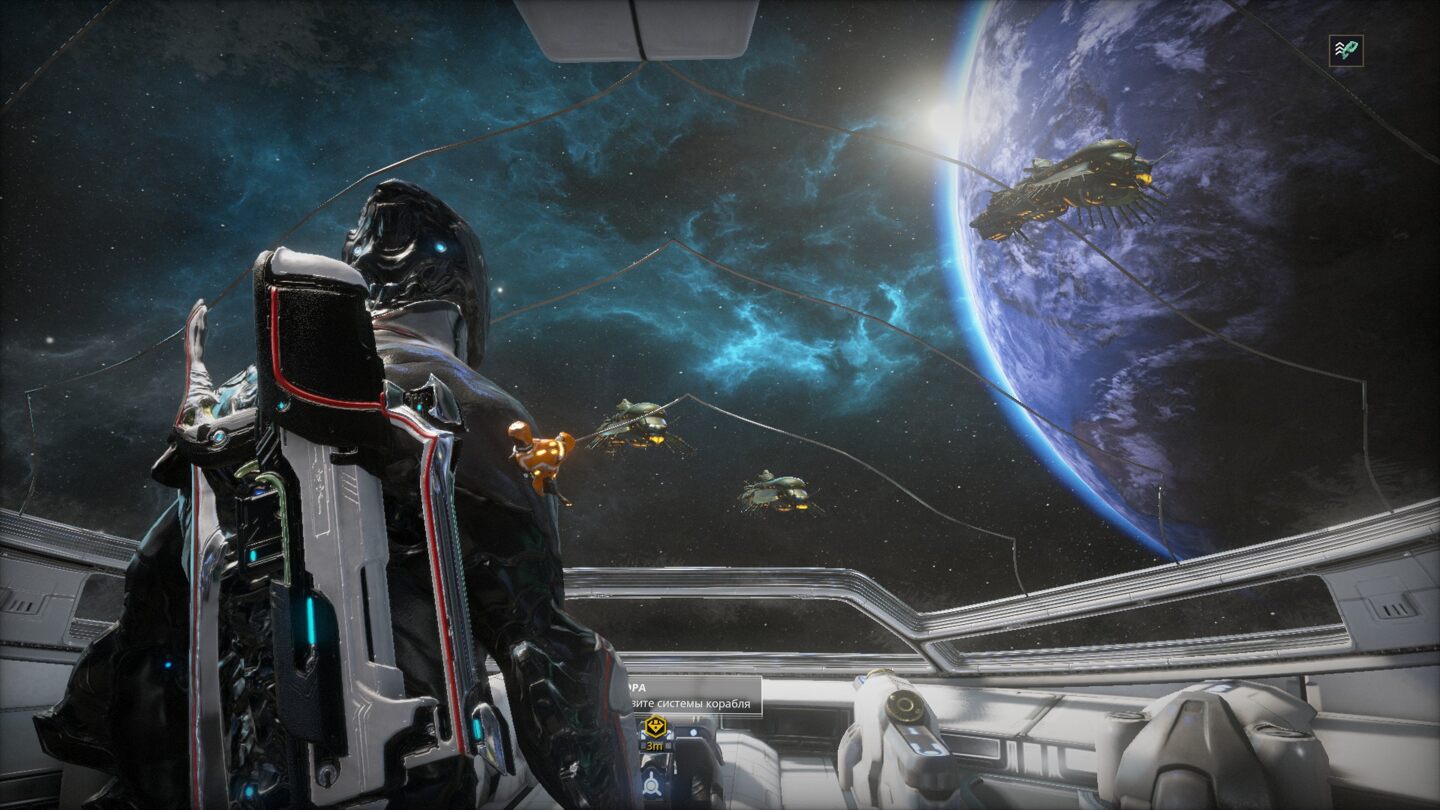 Of course, all this fun, including space battles with Railjack, is designed for a team of up to four participants. But the peculiarity of Warframe is that any mission can be completed alone. Except that it will be harder to cope with bosses, and collecting resources with blueprints will take more time, but there is no limit.

What are the assignments and sides of the conflict?

The game offers two main types of quests - story quests and secondary quests. In the first, you can beat the loot out of enemies and open new chapters of the story, spiced up with staged scenes. The latter are just for fighting and pumping, but captivating variety: the only variety of missions in Warframe dozens. It's not just campaigns against bosses and the destruction of crowds of enemies. There are tasks to free prisoners, operations on the alarm, defense and hacking terminals, sabotage and espionage with elements of stealth, excavations and races on mechanical wings-arches. Finding an option to your liking is no problem.

Do not get bored and change of scenery. Warframes fight on different planets, their satellites and asteroids of the solar system. That they break through packs of animals on the war-torn Earth, then get into a skirmish with the soldiers on Mars. At the same time, locations are randomly generated from ready-made environment elements, traps, and quest objects. So the area is not repeated, but keeps a recognizable style, depending on the race to which the area belongs. But that's not all: in the game there are small maps for certain missions, and large open worlds, you can explore them, mining minerals for crafting or shortening time for fishing and socializing. And along the way, taking tasks from the characters who live there. 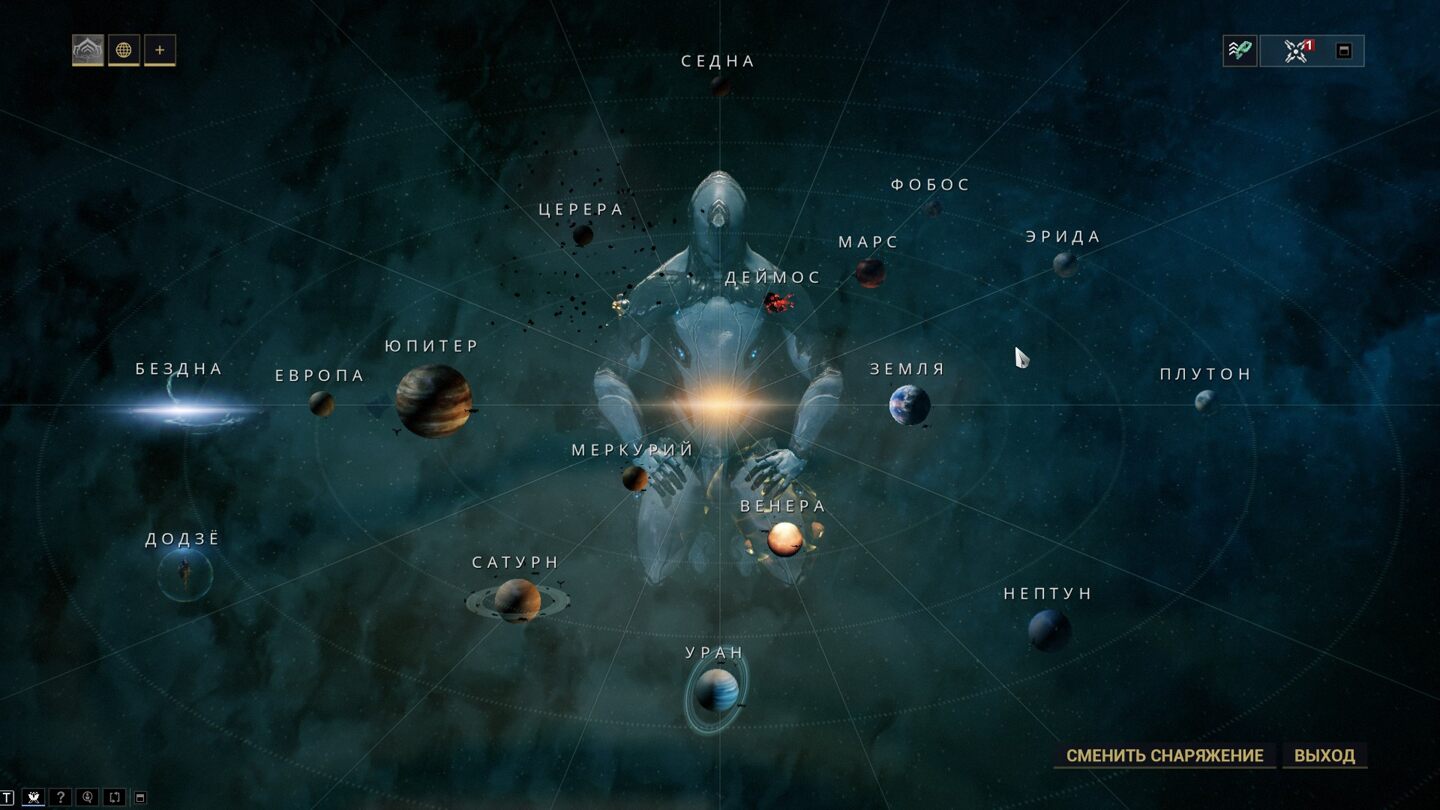 In Warframe, such employers are not always neutral: as the universe is torn apart by various factions, the Tennos are dragged into the fray. Thirty-two factions divide the planets, the largest of which are the Corps' merchants and scientists, former Grinir slave clones, the Infected, the Enslaved, and the Mind Holders, machines created to colonize other worlds but who have become self-aware. Then there are the wild beasts that live in the ruins of fallen civilizations. It is impossible to come to an agreement with these fauna, but it is quite possible to hunt them. However, quite a few quests are given by the syndicates - ambitious groups with plans to arrange the solar system.

It's on the Tenno passport - the fighters against all bad and for all good, but in fact every user is free to choose their side, whether it's Grinir, Corps or anyone else. Even smaller factions. Performing missions of this or that faction, you can improve your reputation among its leaders and get rare awards from them. But helping some at risk of displeasing others. If you've aided, say, the Corps against the Grinir, they'll set a hunter on your warframe. If you want to fight but don't want to get into that kind of trouble, take quests from neutrals whose help doesn't hurt anyone.

Warframe has an incredibly varied progression system - with the ability to improve absolutely everything from warframes to companion weapons in your own way, and in the end create something truly unique. And without the "lottery" with the random fallout of items of unknown quality, which have to disassemble or miserably use. Here you can set all types of gear to the properties you need. And build exactly such a warframe that perfectly suits your playing style.

There are two ways to achieve this: either buy everything you need for Platinum, or open it over time, completing missions and destroying enemies. Platinum, as it's easy to guess, - game currency, which is purchased for real money, but you can also get it in trade deals and for participation in special events from the developers. Of course, it speeds up the leveling up, but Warframe allows you to achieve any results for free. 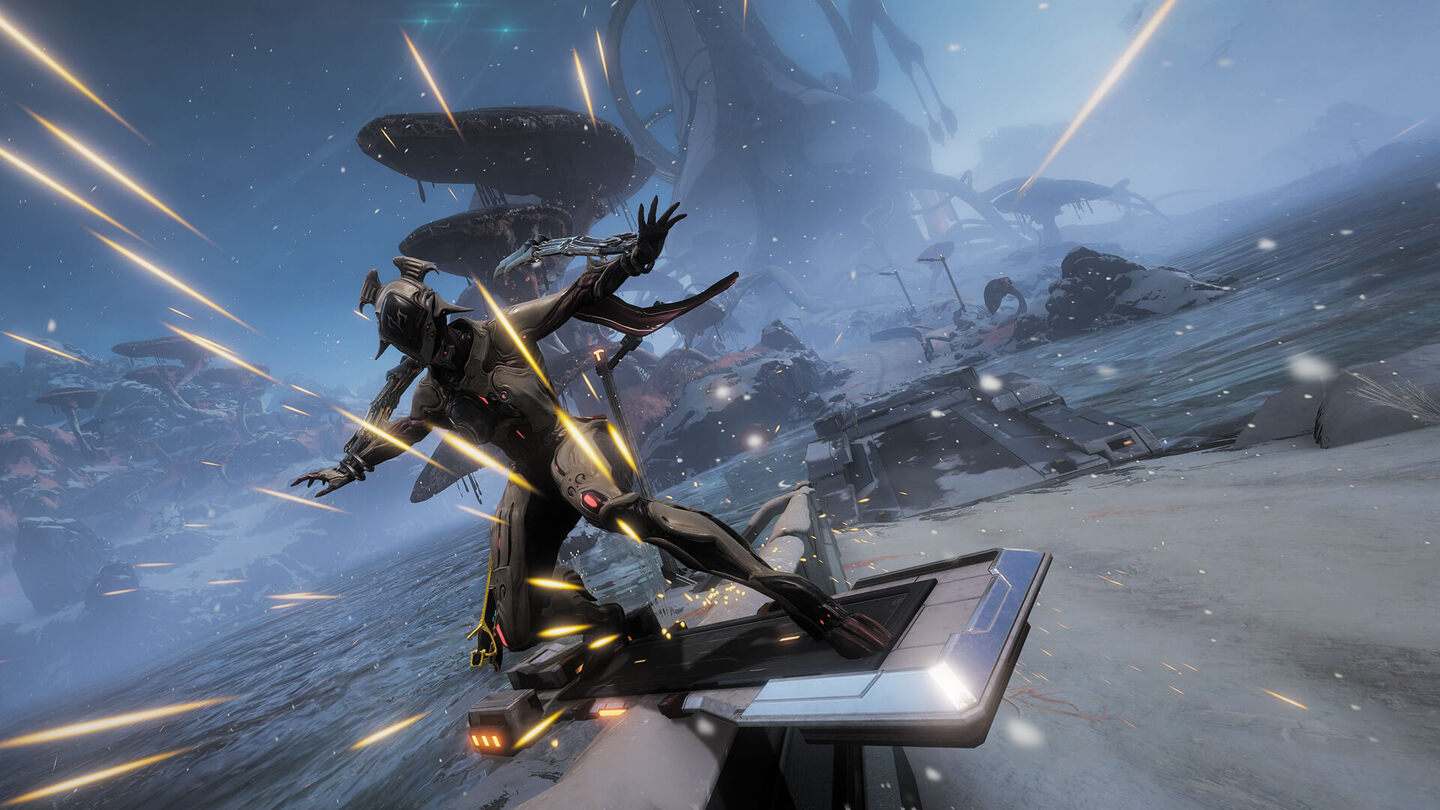 To improve your equipment, you have to fight, collect items from blueprints, and complete tasks. For this you get experience points, which are called synthesis here. Synthesis is used to acquire new skill ranks, of which there are 30. The higher the rank, the more cool guns and upgrades become available to you and the more modifications can be put on an already open gun or warframe. On the other hand, there are situations when you have a blueprint and resources to assemble some powerful rifle or clad sword, but because of insufficient rank they cannot be crafted. The problem is solved simply: take a weapon and gain experience.

More rank affects the number of trade deals with other players, as well as access to content that is used by members of clans - companies to perform complex tasks together. Creating the same Railjack, in addition to resources and parts, requires just a clan base (Dojo station) and Dry Dock in it. But this is a nuance, which is better to understand in practice. And most importantly - the game has something to occupy you for hundreds of hours, whether it is an epic story about space ninjas, collecting warframes, assembling cool guns or honing your skills on the battlefield.

Warframe is an online action game that has amassed an audience of millions thanks to its variability and hurricane-like battles. Even the space is designed in a special way - with oriental notes in the design and melodies. It is not necessary to run for one character of a certain class in all the missions - there are 42 warframes, and each is good in one situation or another. In it, everyone can enjoy good old-fashioned parkour firefights and chopping enemies with edged weapons at no cost.