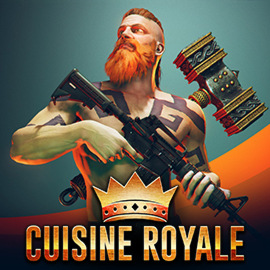 Cuisine Royale is a free-to-play game in the "battle royale" genre. Only here, in contrast to similar action movies, there is a wagonload of humor. The role of armor for the characters are the kitchen utensils, and on the battlefield, in addition to the firefights, there are always some funny things. One participant of the match launches a horde of zombies around the map, another causes an eclipse of the sun, the third changes the force of gravity. Let's find out what else is interesting about Darkflow's project.

What is "battle royale"?

Thanks to hits like PUBG and Fortnite, "battle royale" has become a very popular game genre. There is nothing to be surprised about, given the simplicity and fascination of the rules. Imagine: you and the other participants in the match are dropped off on a giant map, where you have to fight among yourselves until the last survivor. At first your character has no weapons or supplies - you have to get them yourself by searching around. It is decided by chance and keen eyes: some almost immediately find first-aid kit, bulletproof vest and rifle with a full clip, and others until the time when they are fighting without any protection, being satisfied by less useful garbage - for example, a knife or axe. In the meantime, we cannot stand still, for the zone within which we are allowed to act freely is inexorably narrowing. 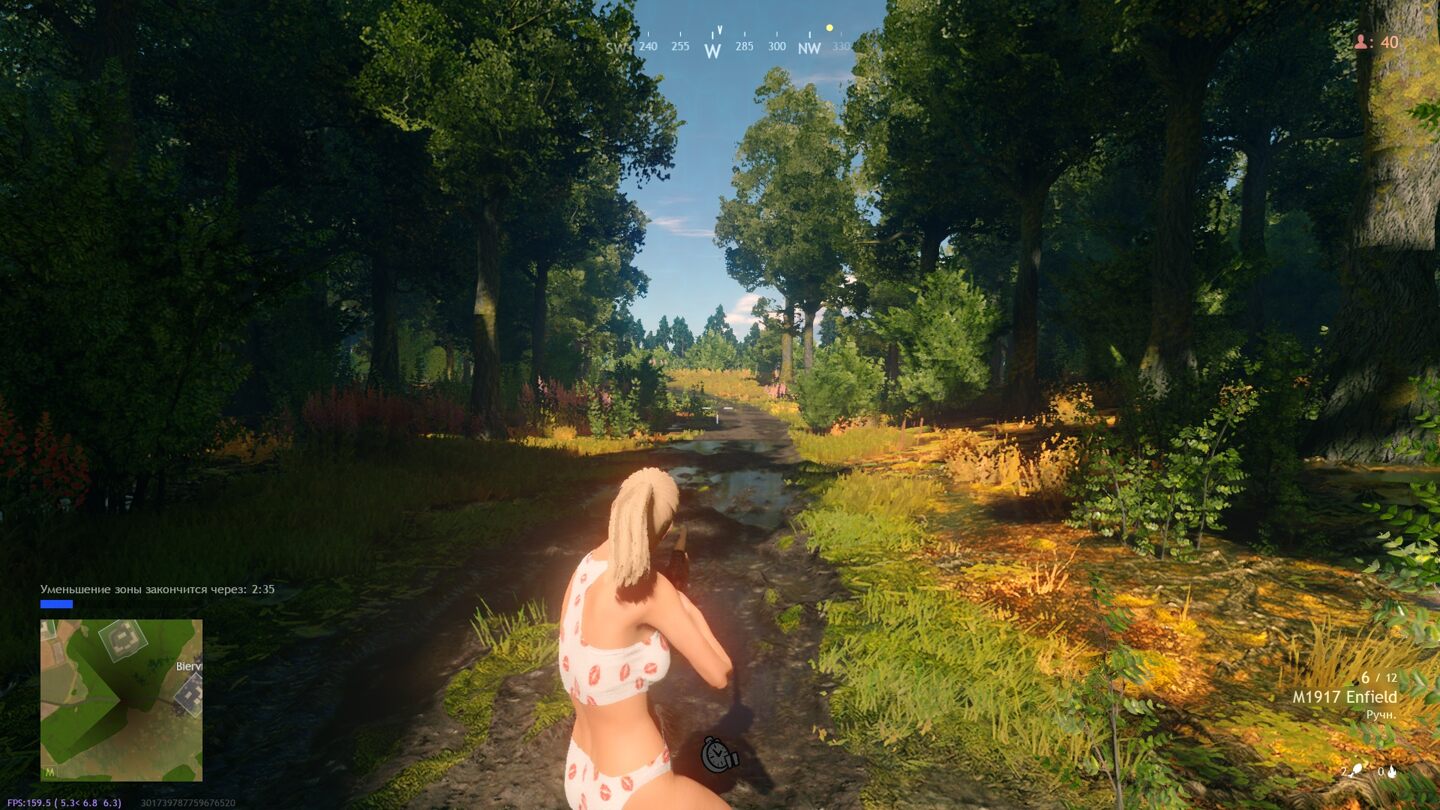 If at the start of the match almost the entire map is open, over time the "circle of life" becomes smaller and smaller. The boundaries of this area are shifted at such a rate that players have time to make decisions - whether to run straight to the center of the safe zone and take cover there, or to wait until the last minute and strike a sudden blow at the opponent, assuming that everyone is long gone. But no one can sit quietly: outside the circle characters quickly lose health and eventually die. The final battle between the fighters is played out on a very small patch - who remains on the map as the last survivor is the winner.

In general, "Battle Royale" - a kind of survival game, where chance, agility and wit are equally important. The attraction of the genre is that everyone chooses the tactics that are comfortable for him personally. You can avoid encounters with opponents, sneak into the bushes and crawl under fences to achieve success at the end of the match due to a couple of or three accurate shots. Or, conversely, to be more active: to take the best cover, spray lead on the passing by, boldly attack gaping opponents and collect from them useful trophies like guns or ammo. Everyone fights and has fun on the map the way they want to.

What makes this particular game stand out?

Initially, Cuisine Royale was a kind of April Fool's joke: the developers presented it as a mode for the not yet released online shooter on the theme of World War II. And it was humorous, because the game kindly mocks the genre. But the public liked the gimmick so much that they decided to bring it to a full-fledged project. And they were right - against the backdrop of many other "battle royales" you can recognize this one almost from the first seconds, so it was expressive. 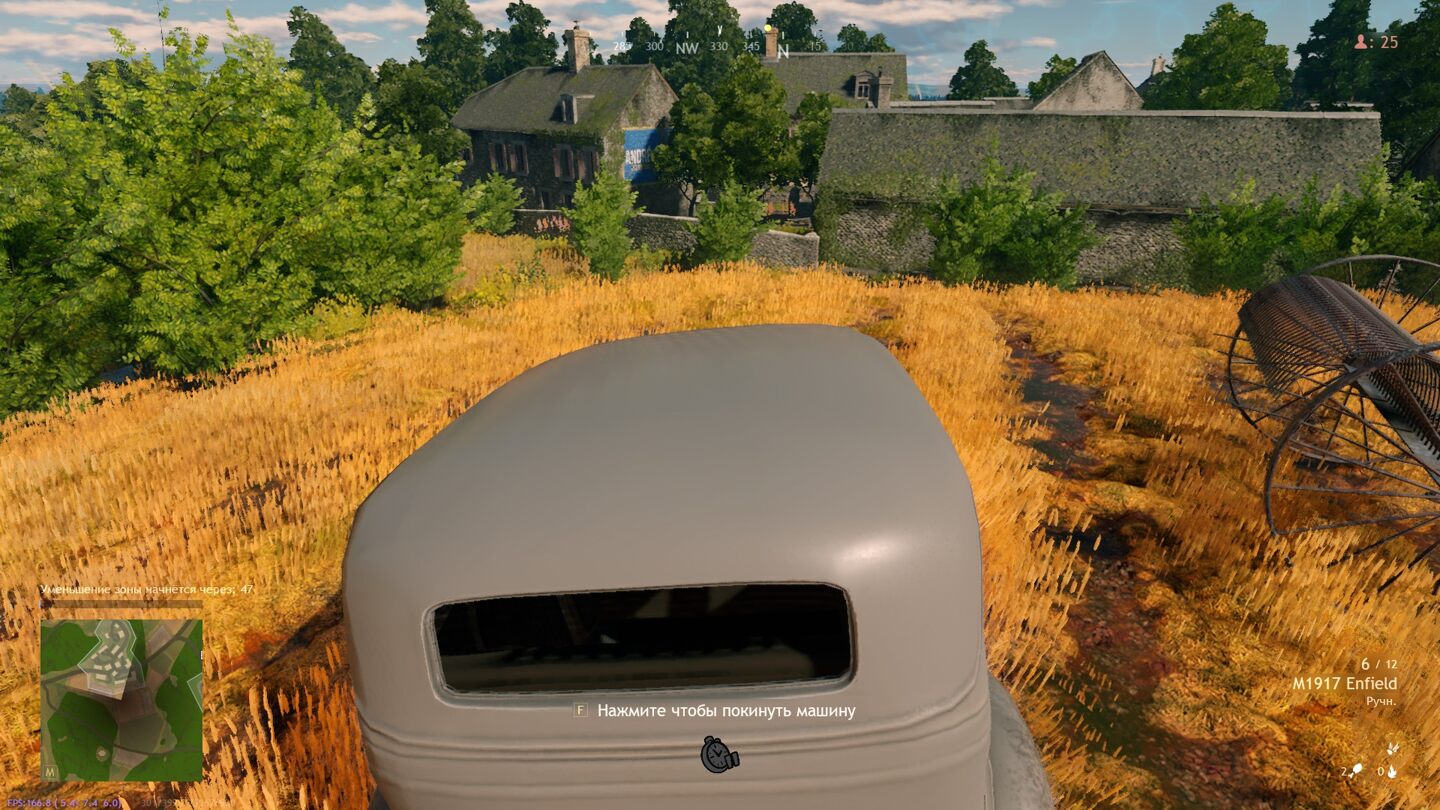 At its core, the game follows canon: landing at a random point on the map, hastily gathering supplies, fleeing from the looming boundaries of the "circle of life", fighting to the last survivor. The trick is exactly how this is framed. The first thing that draws attention is the entourage. Here you can find yourself in Normandy during "Operation Overlord" - with the half-destroyed houses of French farmers, barns, anti-aircraft guns, dugouts and trenches around the villages, or find yourself in Mexico, with all the same military flavor. Vehicles are represented entirely by retro models - such as jeeps from the mid-20th century. They are allowed to ride, because it is faster than on your own, but the jalopy rumbles great, so the effect of surprise on the wheels can be forgotten.

Backpacks to carry supplies are replaced by the usual bags from the store, first aid kits - by the home-made food, and the characters use kitchen utensils as armor. They put pots on their shoulders, a colander on their head, and a cast-iron waffle iron pan covers their ass so that a stray bullet won't fly into their softest spot. Bowls, pans, and the rest of the set are also in use. All of this, of course, jingles and clatters as you run, adding to the comicality of the gunfights. It seems as if the crazies have robbed the canteen and are now figuring things out on the battlefield. On the other hand, there are also quite usual-looking bulletproof vests and helmets scattered around the map. 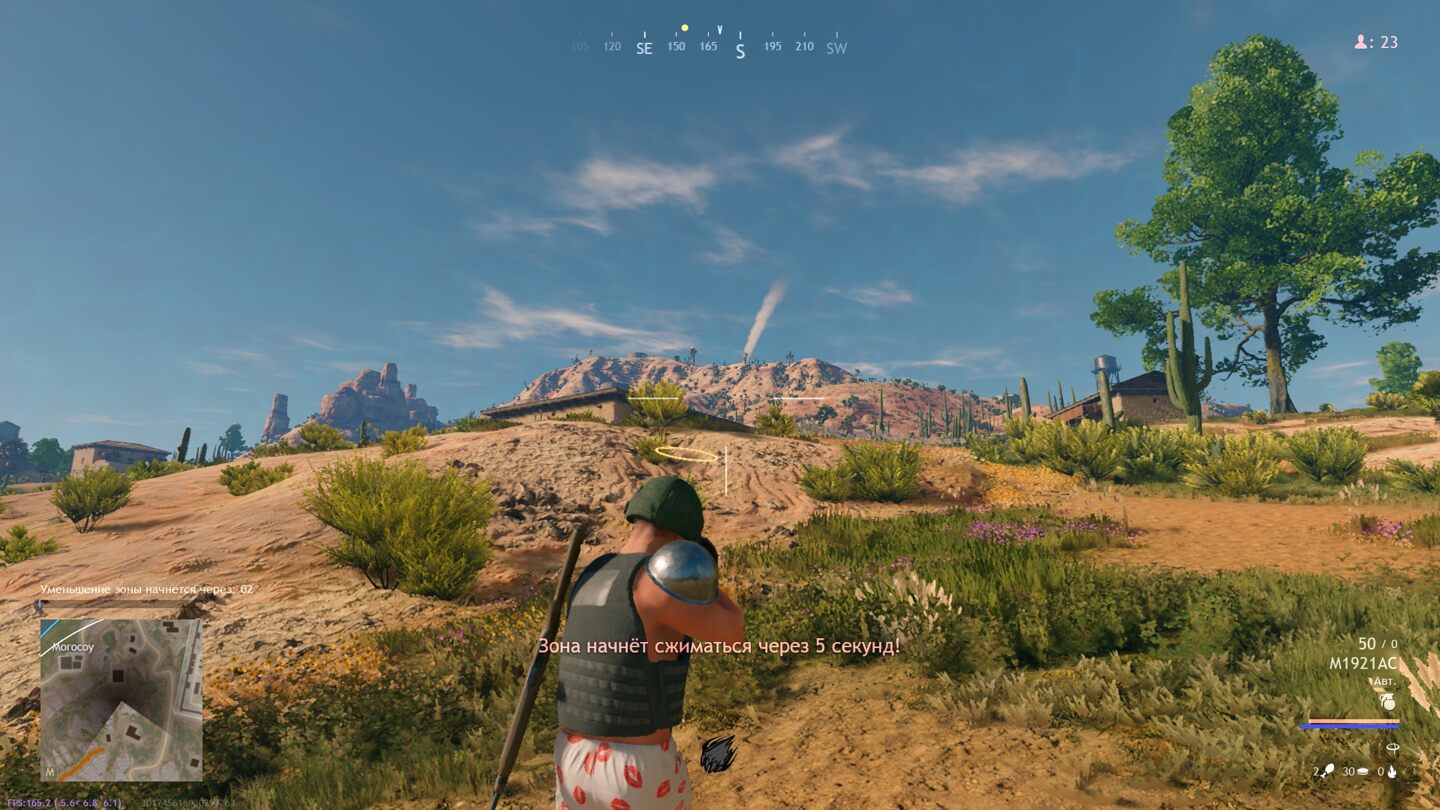 The collection of other outfits is also designed with the same wit. Speeding boots, bunny slippers that let you jump onto rooftops, Superman-style jetpacks - you name it. If you stick a cigar in your mouth, it increases the health reserve, with the halo over his head you can stay alive longer outside the circle, and who wants to recover from his wounds faster, everywhere with a drip. Even the coins scattered in secluded corners of buildings come in handy - they can be spent on breaking into coolers with loot and on slot machines that give out valuable items and weapons. In the choice of the latter, by the way, also varies: you can find both old things like Mauser pistols or M1 Garand, and modern "Kalashnikovs". At the same time the game, being friendly to newcomers, does not bother anyone with collecting accessories - you need only telescopic sights, and that not for all guns.

As if that weren't enough, the developers added rituals - signs that lead to consequences of varying degrees of insanity. To save up for such a ritual, you have to kill opponents and collect their souls. And then you have to paint a picture and enjoy the effect. Some serve as simple traps - falling into one, the enemy loses some health or gets a penalty to any of the characteristics. Others act with more ingenuity: there's a meteor shower, increasing and decreasing gravity, calling for a horde of zombies that scurry around the map and bite everyone they see. What about Brown Note, which turns street toilets into teleportation machines? Whatever kind of magic you take, it changes the layout of the battlefield. Even the characters' underwear affects the situation. Yes, the game has the most real tactical panties, which give their owners different bonuses during the match. 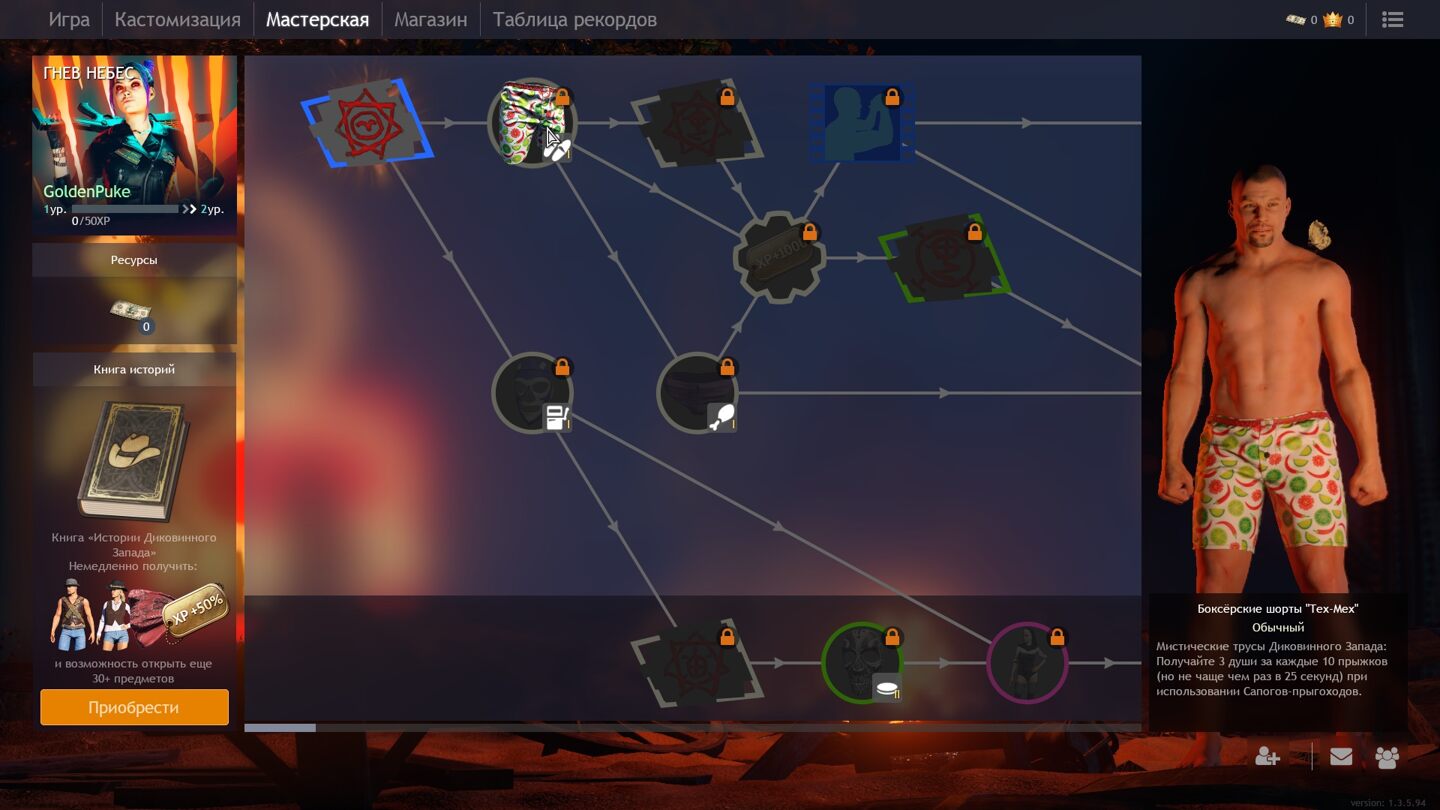 All this will greatly diversify the basic mechanics and give a lot of reasons for fun. Especially if you play in the company of friends - especially for this case in Cuisine Royale there are modes where teams of two and four people fight each other. And they are allowed to resurrect the fallen comrades, as in some other representatives of the genre among the most recent.

What is the difference between the characters?

Although usually the format of the "battle royale" implies the initial equality of all participants, Cuisine Royale breaks this tradition. Because there are five different characters with unique abilities available in the game. One, having accumulated the souls of the killed enemies, gets beastly for a while - he scurries on all fours and tears everyone with his hands, while getting the reduced damage from shots. The second mimics Thor from the Marvel comics. First he soars into the sky, then collapses on the enemy and smashes his hammer on the ground, briefly stunting those standing nearby. An Aztec shaman can disembodied - invisible as he is, he can come very close to unsuspecting enemies. However, to attack them, even such a sorcerer would have to return to physical form. 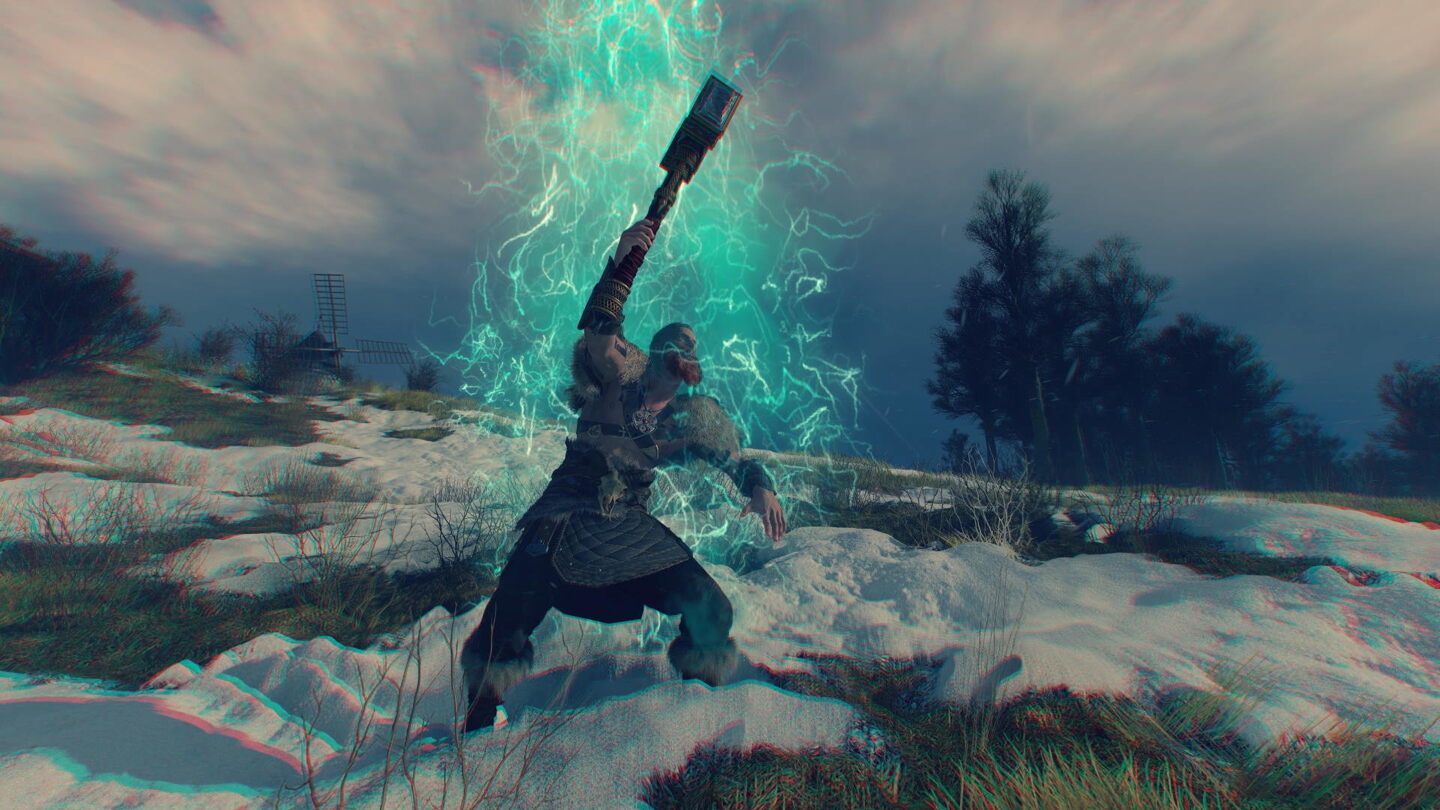 For the sake of the whole picture, add the ladies as well. The first one can slow down time for a brief moment, but only for herself, the surrounding people won't feel it, but thanks to this effect it becomes much easier to hit a moving target. The second one makes short teleportations: a handy thing if you need to escape from the fire or quickly "jump" to the enemy to attack him closely. Here it is worth noting that only two heroes are available for free - the rest are offered to buy together with the "story books". They contain not only the characters, but also a bunch of options for their appearance, useful items and purely decorative tinsel. However, the basic functions are enough to have fun and achieve victories - it only makes sense to pay for them if you like jewelry and want to create your own equipment in the "Workshop".

Cuisine Royale is in many ways a unique "battle royale. With all the simplicity of its rules it is friendly to newcomers, full of sparkling humor and outlandish tricks. In addition, does not impose inflated requirements to computers and great design: for example, the grass under the crawling character is crumpled, and the windows are quite realistic hit if you shoot at them. Rare online action game allows with the same scope to get off to the full in the company of friends, and even without a penny invested.