Sea of Thieves breaks the curse in a new story

Fans of pirate romance are invited to take part in a mystical story called The Secret Wilds. This time the developers from the Rare studio offer to save Tasha, mistress of the "Unicorn" tavern, from the curse - you can do it until February 2. And at the same time, along with the release of patch 2.7.2, multiplayer game about sea adventurers has received a number of improvements.

The Secret Wilds in Sea of Thieves 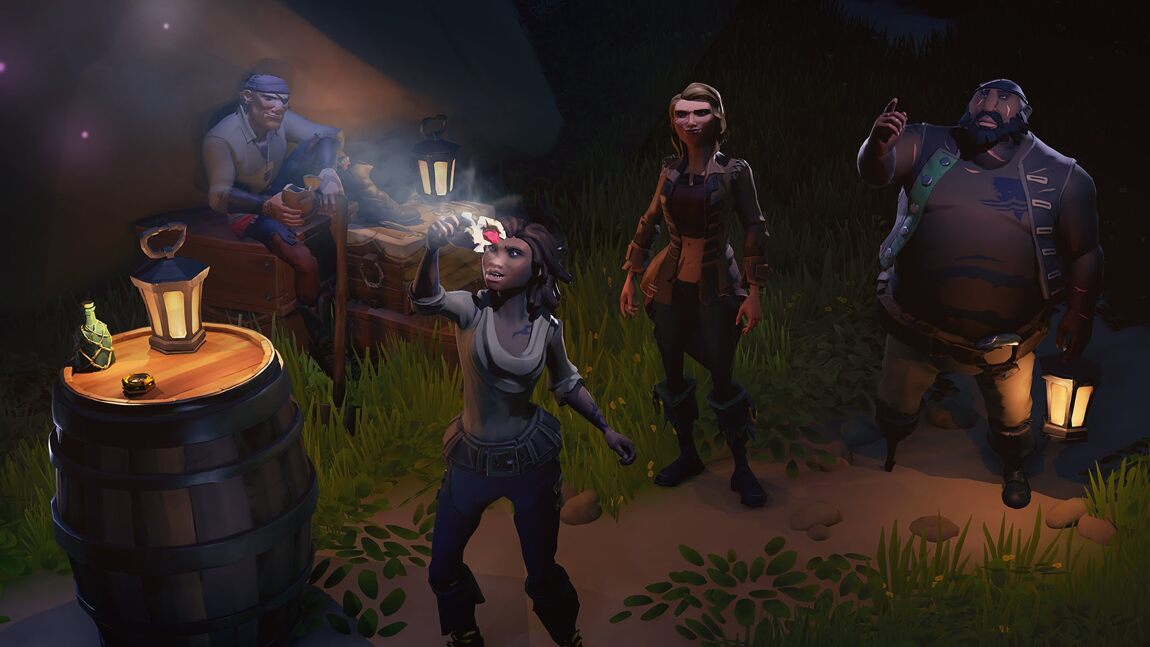 To begin the adventure, the heroes need to talk to Larinna near the Unicorn, and then to Madame Olivia, who is privy to many of Tasha's secrets. The famous pirate Briggsy, who became an idol and teacher for the tavern owner, has accumulated a lot of treasures in her life and hid them in the secret wilds - the Secret Wilds from the name of the supplement. Tasha believes these treasures hold the key to the misfortunes that haunt her, and the skull mask containing Briggsy's memories will help her find the answers. So once again the gamer teams must raise their sails and set sail.

But it is not only another scenario that was added to the game. For example, now you can fight for the honour with other team of your own faction. Also in the game world were added 50 battle locations, and crews that are defeated in battle, now receive a small bonus to loyalty. Costumes, character emotions, and ship decorations were also added in season eight.