Raise the black flag! Pirate Day in World of Warcraft

Representatives of Blizzard announced that September 19 in the MMORPG World of Warcraft will start the traditional Pirates' Day, which the game has been celebrated for several years. The participants will gather on the picturesque coast, will receive themed decorations, costumes and even a parrot on the shoulder. We tell you more about how the heroes can transform from land rats to sea wolves.

What happens on Pirate Day in WoW 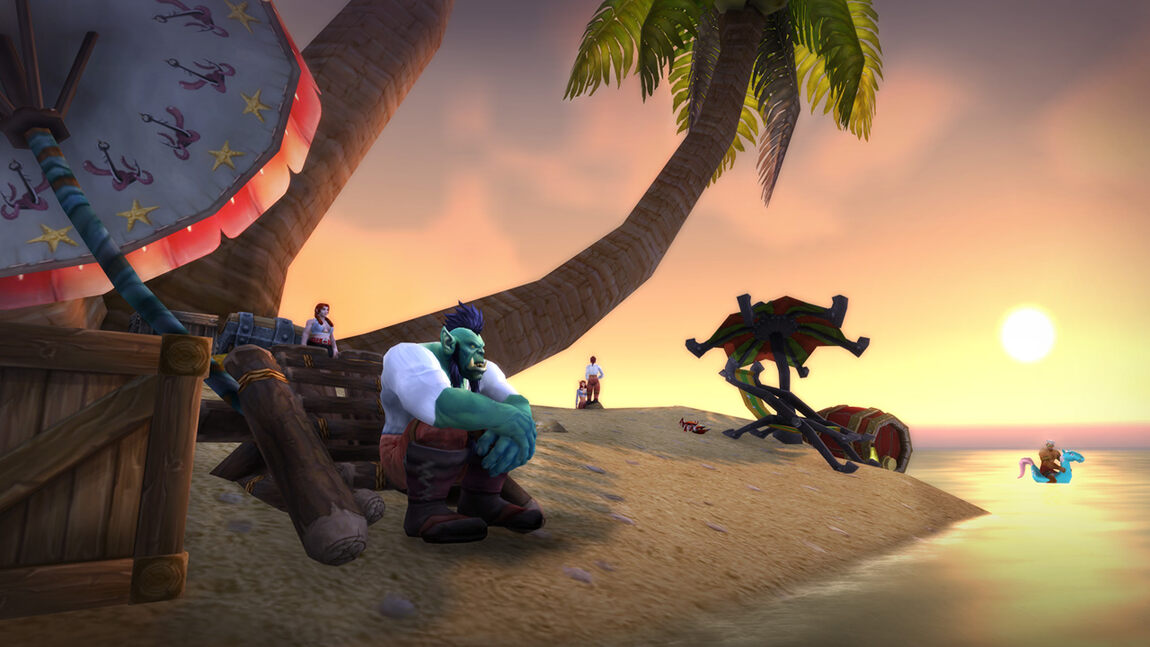 For the event the developers have allocated the village of Pirate Cove on the coast of Azeroth. To participate, you must find Captain de Meza in this village and take him on a task called "I need a bigger ship". The same character will give your hero a real sea robber suit, and he also sells all comers a parrot named Pete. A few gold coins - and the talkative bird sits on the shoulder of the owner. But not for long, because it's a temporary companion. The host of the holiday also offers an interesting activity: united with friends in a team, you can hunt the terrible shark, known as the Old Toothbill.

Crowning feats on the waves beach party - to take part in it, it is necessary to walk along the beach to the south of the Pirate's Cove after the shark hunt. There is a character named Edward Techt sells a black flag with a skull, which can be attached to the back and run around Azeroth like that. The image will complement the costume from de Meza, issued for 12 hours, or any commoner in the eight major cities. To get an upgrade for an hour you just need to talk to the first inhabitant of the capital you meet.