Recently, observant gamers learned that the famous multiplayer game Escape from Tarkov was released on Steam digital store without the knowledge of its authors from Battlestate Games studio. It was quickly discovered that the users faced with the so-called scam: shady dealers ask for money for the MMO shooter, but don't give access to it, and give the hapless customer the original long-player and a two-dimensional dashing game of low quality.

Where can I buy Escape from Tarkov? 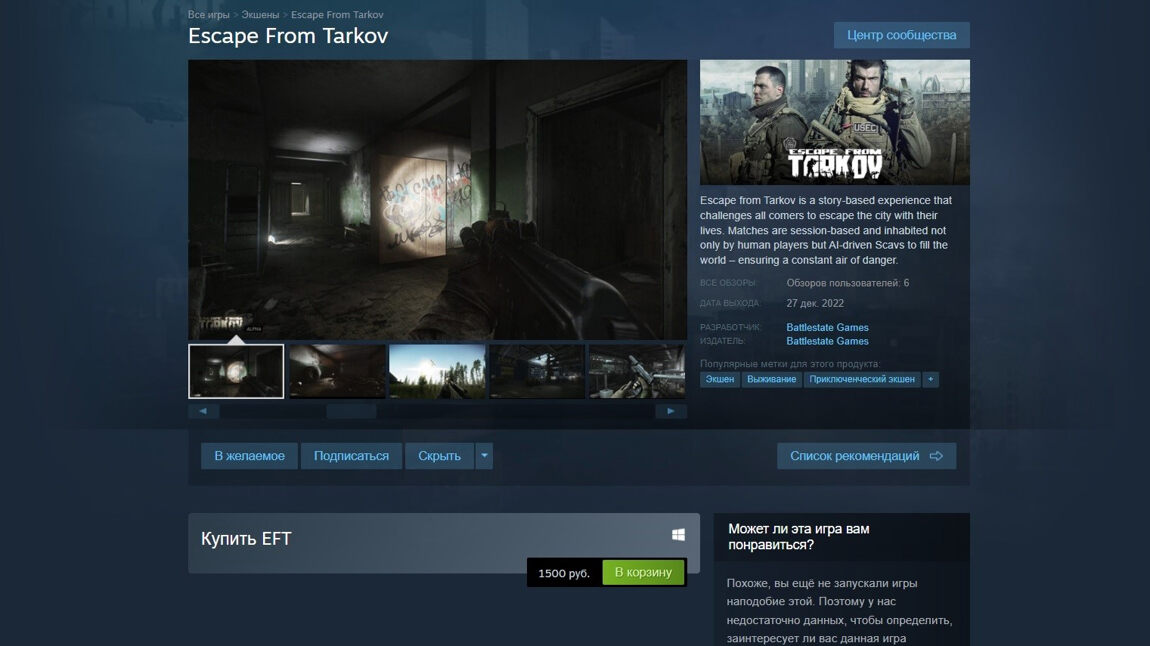 The counterfeit did not last long in the store - it has now been removed. They asked for 1500 rubles for it, but for this money users received a launcher, which is already free to download from the official website of Battlestate Games. In other words, people who wanted to play the action game via Steam paid twice: first they transferred money to the scammers, and then they still had to buy the real game. At the same time, the fake page, posted on January 24, 2023, was designed the way the original release would have looked in theory. It had trailers, screenshots, a detailed description, the correct tags, and the developer and publisher.

Keep in mind that the authentic Escape from Tarkov is only distributed through the official website. It is not possible to get a copy on any other platforms. But since the project since 2017 is at the beta-testing stage, it is possible that after the full release it will still be placed in some digital stores.