If you like extreme sports, and you want to get acquainted with this unusual, but without that fascinating occupation games can help you with this. Before you start right away, it would be nice to first understand how interesting it is for you to do this. Video games can, without any problems to help you understand how strong your commitment to the hobby and whether to start. All you have to do is sit down at your computer and run one of the many simulators. Learn about your new hobby from a safe distance, which is no less exciting and will entertain you quite well for the evening. 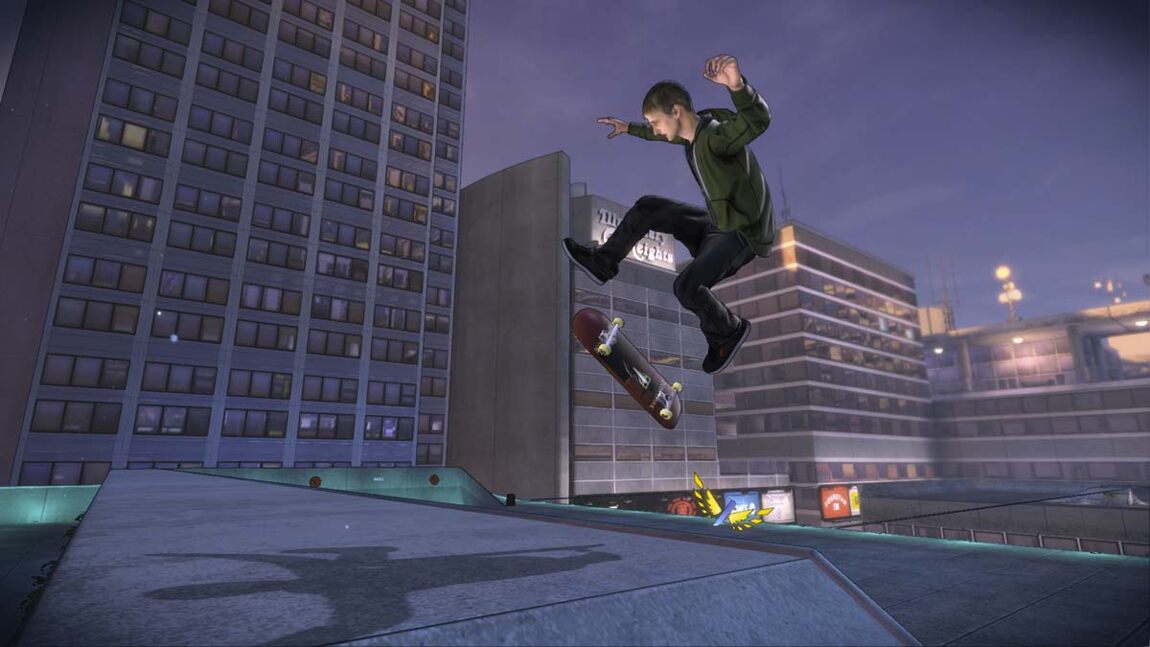 One of the most famous and popular even to this day simulator. The franchise is named and dedicated to the famous skateboarder Tony Hawk. He was the first who performed, considered impossible, Indy 900 trick. Games of the series to the volume is already available not only on computers but also on other platforms, including mobile. As befits a good simulator, we can fully enjoy the exciting gameplay. After all, we are capable in these games for the same complex and spectacular skateboarding tricks as the athlete to whom they are devoted. Not for one evening you will tighten this game. Learning more and more how to do the tricks and feints that interest you, you'll really fall in love with this game. In the course of the game you will pass the plot part, which will not once challenge you, asking to do a trick or another in the allotted time.

Having honed your skills to the maximum, you will feel like a real skateboarder. And once you complete a variety of story tasks, the game will allow you to explore the open world to your heart's content. After all, there will be a lot of activities left, and the game won't let you get bored. Complicated trails with unexpected obstacles and tests. Which you will be able to pass almost in the same breath. The franchise gives you that extreme sporting spirit that people do in real life. All this so that you can get better acquainted with this energetic sport and essentially understand all its merits. Enjoy Tony Hawk games, performing impossible tricks and stunts with your skateboard in a city where skateboarders know every street. Scroll through a long chain of combos and moves with your skateboard and get your share of adrenaline. 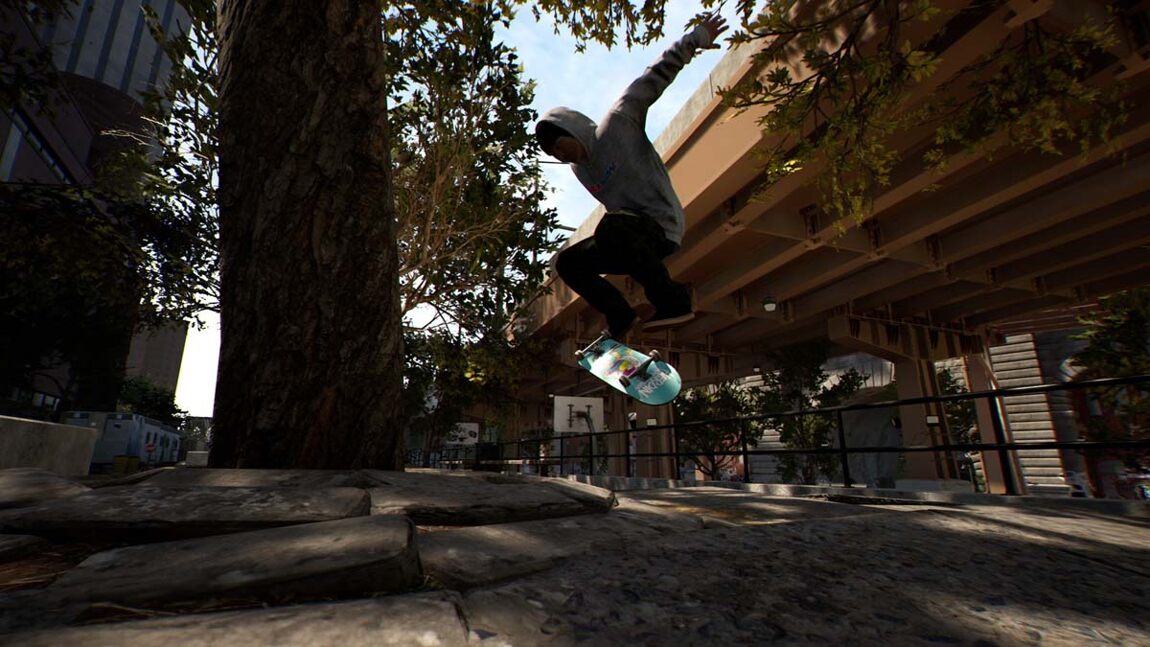 Another exciting skateboarding simulator that can give you a huge amount of positive emotions and sports drive. Creature Studios unveiled their new skateboarding game at the 2018 Showcase, which to this day is seen as a worthy successor to the iconic Skate franchise series. In just three days, the developers raised a reasonable amount of money on the Kickstarter platform, letting them know that people have long been hungry for games of a similar genre. Audiences have been waiting quite a long time for a quality and interesting game in this genre, which have been coming out less and less often lately. But without that very popular and interesting genre will always exist, and there will be people. Who always have a genuine interest in the old classics. The game looks really good. Its graphics part is made at high level, and its Unreal Engine 4 game engine allowed the game to emphasize realism. But at the same time the game is very colorful and cinematic. Perform a variety of stunts can be spectacular and beautiful and without losing touch with realism, which is worth a lot. The most convenient and interesting control of your character will allow you with all the accuracy perform crazy movements with your skateboard. The game also has an open world with its own interesting locations, each of which you yourself will pass on your skateboard in an attempt to perform some test or feint. Variety of locations and exciting gameplay will give you a lot of fun and awaken in you a genuine sporting interest. You'll want to learn every move and experience the feeling of joy after getting a successful and accurate result. Explore the colorful open world, you are free to go wherever your heart desires and become a real skateboarder, which many of its inhabitants will know. 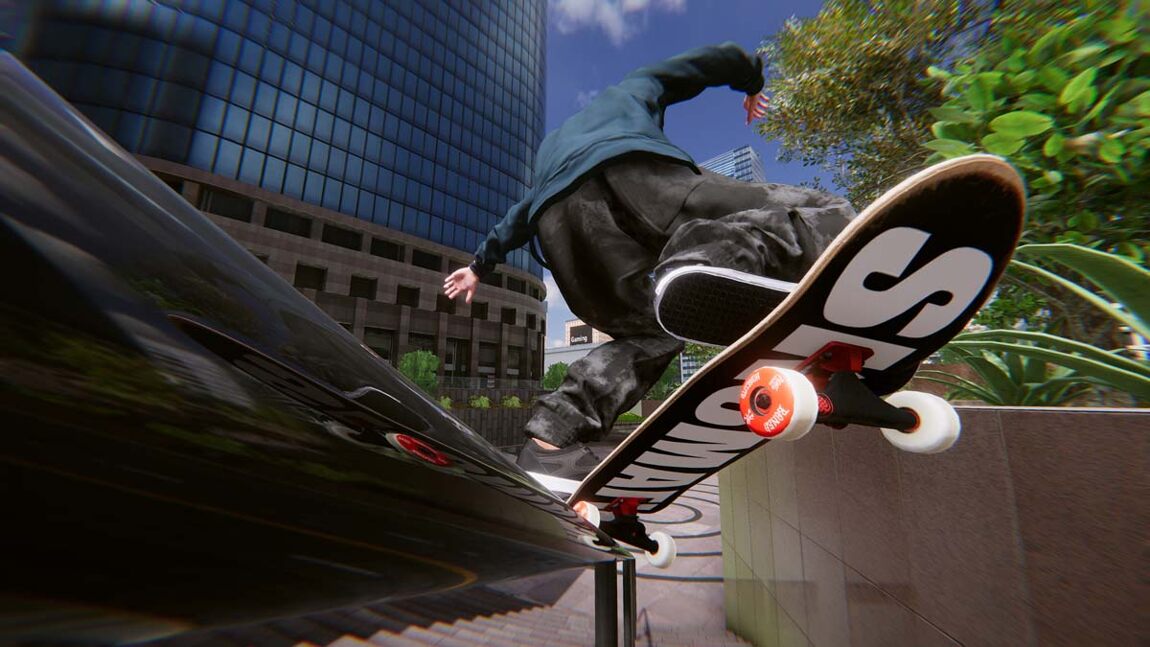 Another noteworthy skateboarder simulator. Gave many players around the world a lot of positive memories. The game came out recently and is a relatively fresh simulator. The game boasts not only interesting gameplay and a lot of different movements with skateboarding. But it will give the player a colorful visual part with a dynamic camera. Which will allow us in all angles and in detail to consider how to perform certain extreme stunts by our gaming character. Although the game has an attractive picture and colorful scenery, the movements of our character and his physical abilities are as close to the reality as possible. But this does not prevent the game from showing all the cinematic and extreme beauty in motion. Despite the huge list of the most diverse skateboarding tricks and varying degrees of difficulty, the game project is quite easy to learn. That will allow beginners to enthusiastically learn the secrets of the game mechanics, rich in fine detail. The game will suit many players, thanks to its low entry threshold. After all, to play it you do not need to break your head in the first minutes of the game as everything is arranged. The game immediately provides you with fairly comfortable intuitive easy controls, but is not devoid of its depth. 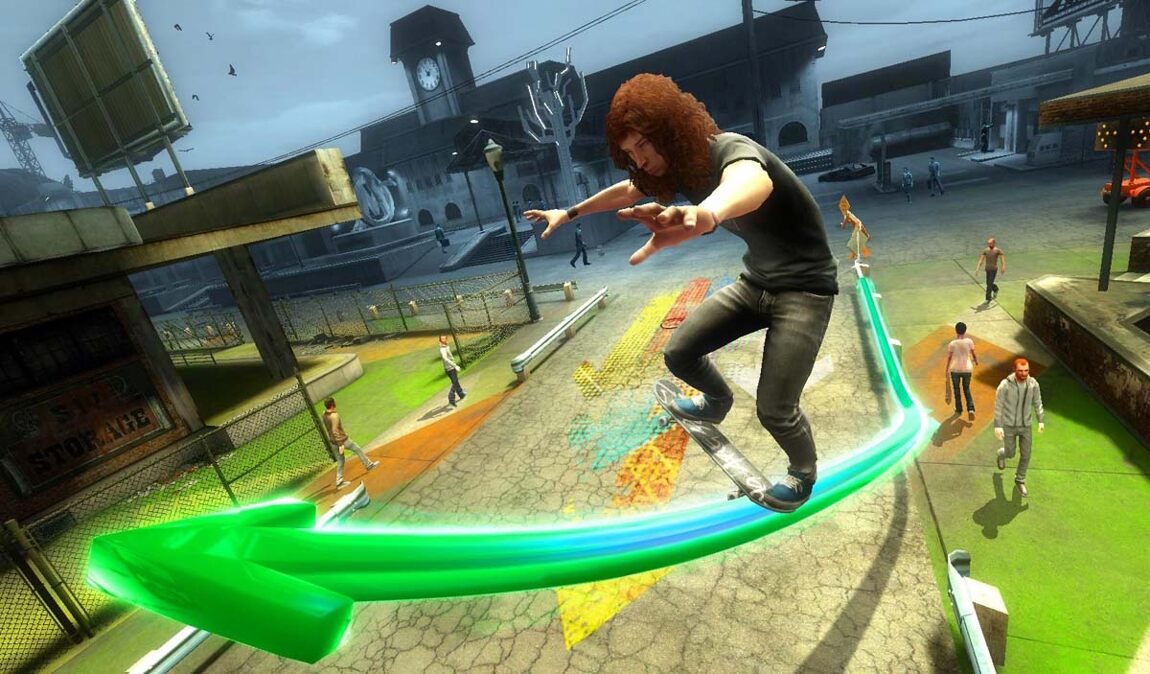 A game released by the notorious Ubisoft studio. In honor of another popular American skateboarder, Sean White. However, in the game we will play not for him, but take control of one of his big fans and followers. Video game gives us a wide range of interesting tasks that will not let you get bored. We are together with your main character will fight for the freedom of New Harmony from the totalitarian government. We will have to perform a variety of tasks that undermine the authority of the government. We will reach our goal through various violations of order: to paint the walls of various buildings, to destroy the city surveillance cameras and more. Don't let the government completely suppress the people of the city for their individuality and dissent. Reveal to the people their atrocities and even contribute to White's release from prison, where he was thrown by his foes. The game will give you interesting and invigorating activity on the map of the city of New Harmony, as well as amaze you with its beautiful views and beauty.